"They did it because they cared," Lee Merritt, the attorney for Jefferson's family said

Former Dallas Mavericks star Harrison Barnes and Philadelphia Eagles player Malik Jackson have decided to pay for the funeral of Atatiana Jefferson — the black Texas woman who was fatally shot by police inside her own home.

“My wife and I wanted to do something for that family,” Barnes, 27, said of himself and wife Brittany to reporters in a video posted by NBC Sports.

Jefferson’s story is especially heartbreaking for Barnes as he considered himself a member of the Texas community after playing with the Mavericks for three seasons.

“It was a tragic situation that happened. No one should be killed during a wellness check,” Barnes said, adding that he hopes his contribution will help alleviate some of the stress Jefferson’s tragic death has brought on her family.

“The biggest thing is, anytime someone has to go through that, the last thing you want to have to worry about is trying to come up with the money for a funeral,” Barnes told reporters.

Jackson, 29, stepped up to the plate shortly after, according to Lee Merritt, the attorney for Jefferson’s family.

He explained to The Dallas Morning News that Barnes and his wife are covering more than half of Jefferson’s service — about 90 percent — and Jackson will pay for the remainder.

“They did it because they cared,” Merritt told the local outlet, adding that the athletes wanted to keep their donations low-key.

Police responded to a welfare call in the 1200 block of E. Allen Avenue at around 2:30 a.m. on Saturday, Oct. 12. A neighbor called authorities to report Jefferson’s front door was open, according to CNN.

“Responding officers searched the perimeter of the house and observed a person standing inside the residence near a window. Perceiving a threat the officer drew his duty weapon and fired one shot striking the person inside the residence,” the Fort Worth Police Department said in a statement.

The 28-year-old was pronounced dead at the scene.

Body-camera footage, released by the police and shared by multiple outlets, showed two officers walking around the side of the house as one officer approached a closed first-floor window with a flashlight. After raising his gun, he screamed, “Put your hands up! Show me your hands!”

Earlier this week it was revealed that Aaron York Dean, the officer who shot Jefferson, wasn’t responding to a wellness check call, despite his neighbor’s request to do so.

Fort Worth Interim Police Chief Ed Kraus told reporters on Tuesday that Dean was responding to an “open structure call” when he opened fire on Jefferson and killed her.

Jefferson had been playing video games with her 8-year-old nephew when the call was made, but the neighbor had simply asked for cops to check on the Texas woman out of concern for her safety, after noticing that her front door was open.

“The information came from the neighbor to the call-takers and while it was relayed to the dispatch, it was determined to be an open structure call,” he said, according to CNN.

An “open structure” or “open door call” is much different than a wellness check, Michael “Britt” London, president of the Phoenix Law Enforcement Association, told the outlet.

In the case of a burglary, officers are trained to look for signs that indicate someone has broken into the home, such as a smashed window or broken-down door.

“You are at a higher sensitivity to what is going on with that house,” London told CNN. “You have to be ready for anything. You are taking more of your environment in consideration to be ready for a surprise if there’s one.”

The responding officers did examine the Fort Worth property, with body-camera footage released by the police and shared by multiple outlets showing them walking around the side of the house.

As one officer approached a closed first-floor window with a flashlight, he raised his gun and screamed, “Put your hands up! Show me your hands!” The officer, later identified as Dean, apparently never identified himself as police before firing.

However, that response raised questions by many officials, including Jeff Halstead, a retired Fort Worth chief of police and police consultant.

RELATED: Fort Worth Woman, 28, Fatally Shot in Her Home by Police Officers Performing a Wellness Call

“They were standing literally at the front door, they could see whether the door was kicked on or not. The lights were on, there was evidence that people were living there, there were toys,” Halstead told CNN. “Why they advanced to an extremely dark backyard area without at least ringing the doorbell or checking the entrance? That’s extremely concerning.”

Dean was later taken into custody by his former department and charged with the murder of Jefferson, according to a statement from the Fort Worth Police Department.

Following the news, Merritt, the Jefferson Family’s attorney, issued a statement on behalf of his clients and said that while they were “relieved” with the arrest and charges, there was still work to be done in their community.

When contacted by PEOPLE, a spokesperson for the Fort Worth Police Department had no comment in regard to Merritt’s claims. 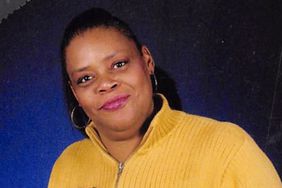 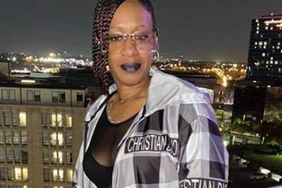