"I'm willing to do a whole ton for him," Brenda Kerrigan says about son Mark, who has been charged with his father's death

Nancy Kerrigan’s mother continues to stand by her son Mark, who has been charged with manslaughter in her husband’s death, and says she will do what it takes to get the charges dropped.

“I’m willing to do a whole ton for him. He’s my son,” Brenda Kerrigan, 70, tells the Boston Herald. “My husband would not like what’s going on in the courts.”

Mark, the troubled older brother of the famed figure skater, is accused of manslaughter in the Jan. 24 death of Daniel Kerrigan, 70, during a violent altercation.

Mark’s lawyer, Janice Bassil, claims prosecutors didn’t have enough evidence to charge Mark, 46, with manslaughter. “Mark did not cause the death of his father,” Bassil tells PEOPLE.

The medical examiner’s office said the assault, along with a pre-existing medical condition, caused Kerrigan’s death, which has been ruled a homicide.

Bassil also says it doesn’t make sense that prosecutors did not call Mark’s mother, Brenda, to testify before the grand jury. “She was there,” says Bassil. “She was the only witness. They are exaggerating her level of visual impairment.” Brenda Kerrigan who is legally blind, is able to distinguish shapes and can function in her home, according to Bassil.

In new court documents, lawyers for Mark reveal he was prescribed the painkiller Vicodin the day he got into a heated argument with his dad in a “highly intoxicated” fit.

But “his father died of a heart attack that would have happened more likely sooner than later,” his defense team wrote in the pleadings, the Herald reports.

Nancy has also since supported her brother and called the charges “unjustified.” 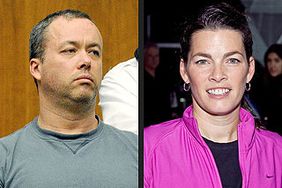 Nancy Kerrigan's Brother Not Guilty in Manslaughter Death of Father