Search Intensifies for Dangerous Escaped N.Y. Prisoners – All About Their Violent History

Following a sighting of two “suspicious men” overnight, authorities focused their search for dangerous fugitives Richard Matt and David Sweat to the fields around the town of Willsboro in upstate New York on Tuesday.

Town Supervisor Shaun Gillilland told CNN the men were out in a driving rainstorm, not dressed for the elements and fled when approached.

The searching near Wilsboro is about 40 miles from the Clinton Correctional Facility, where the fugitives staged a sophisticated escape over the weekend that has baffled authorities.

‘The Highest Threat of Security We Ever Had’

The victim? A broker named William Rickerson who’d fired Matt. He beat Rickerson unconscious with a knife sharpener, wrapped him in duct tape and tossed him in his trunk, then spent 27 hours looking for a place to kill and bury him, according to testimony from his accomplice, Lee E. Bates, The Buffalo News reported at the time.

During the drive, Rickerson woke up and started making noise, prompting Matt to pull over, open the trunk and break four of the businessman’s fingers.

He got back in the passenger seat and they continued driving until Matt got bored and told Bates to pull over in a cul-de-sac.

“You know, I’ve had enough of this,” Matt reportedly said, taking Rickerson’s neck in hand and snapping it.

“I heard a pop. [Rickerson] just dropped back in the trunk,” Bates testified.

Matt then cut Rickerson up with a hacksaw and dumped him in the Niagara River, where his torso was later found by a fisherman.

He escaped to Mexico after the brutal slaying, but was ultimately arrested for stabbing an American outside a bar. He was extradited to the United States and made to stand trial for Rickerson’s murder.

“There’s no doubt that if he got out, he’d do something,” a juror ominously told The Buffalo News following Matt’s sentencing. “It’s sociopathic behavior. He needs to stay in there.”

But unfortunately Matt had escaped from jail before: In 1986, he scaled a fence at the Erie County Jail in Alden. He was free for four days before authorities caught him.

“He was the highest threat of security we ever had in our jail,” Niagara County Sheriff’s Office Chief Deputy James R. Voutour told the paper in 2008.

Sweat, 34, was sentenced to life without parole for shooting a sheriff’s deputy in Broome County, New York, on July 4, 2002.

He had stolen a pickup truck with two other men, loading it up with handguns and rifles they’d taken from a gun store in Pennsylvania, according to NBC News.

They were stopped by Deputy Kevin Tarsia as they drove across the state line into New York. Tarsia was shot 15 times and run over with a car.

Sweat pleaded guilty to first-degree murder along with his cousin Jeffrey Nabinger to avoid the death penalty.

During their sentencing in 2003, the deputy’s fiancée Christi-Ann Ciccone said that both men deserved to die. “These are not people,” she said, according to ABC News. “These are monsters.”

‘A Case of Nerves’

At the center of the investigation into how they escaped is a lone woman, who’s been identified as Joyce Mitchell, according to NBC News.

Mitchell served as an instructor in the prison’s tailor shop, where both inmates worked. On the day of the two men’s escape, she checked herself into the prison hospital with “a case of nerves.”

Now, law enforcement sources have reportedly said she’s being questioned in the case.

And Matt’s reputation as a “ladies’ man” has led to speculation that he seduced Mitchell, whose husband also works at Clinton Correctional Facility.

“It is possible that a female could have been romantically involved with one of them, and assisted them,” former correctional officer and author of the memoir Corruption Officer Gary Heyward told Inside Edition.

“He has a way with the ladies,” a source familiar with the investigation told the New York Post.

Police are still searching for the two men. 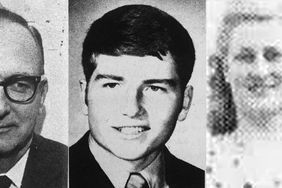 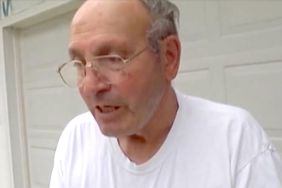