A longtime friend of real estate scion Robert Durst testified Wednesday that Durst’s wife Kathleen — who vanished without a trace in 1982 — feared him before she disappeared.

“She never said he would hurt her, but she was afraid of him,” New York advertising executive Nick Chavin, 72, said in court at a pre-trial hearing ahead of Durst’s murder trial in Los Angeles.

Chavin said he met Durst, now 74, in the late ’70s through his close friend, author Susan Berman, whom Durst is accused of killing at her L.A. home in 2000. Prosecutors claim Durst killed Berman because she knew too much about the disappearance of Kathleen, whose body has never been found.

Durst has pleaded not guilty to one count of first-degree murder.

Chavin’s identity had been kept secret until he took the stand Wednesday, out of what prosecutors said was fear of retaliation. They asked for the hearing so they could obtain statements from Chavin and two other witnesses. (Two of the three have now testified, with the third scheduled to testify in April.)

In January, prosecutor John Lewin alleged that the speedy testimony was necessary because Durst “kills witnesses.”

“When pushed into a corner, he murders people,” he told an L.A. Superior Court judge.

Chavin was flanked by two bodyguards while he testified — which Durst’s attorney decried as theatrics.

“This is a blatant attempt to play to the press that there is some kind of danger,” Dick DeGuerin argued of the guards. “We are in a court of law. There is no reason for those guys to be sitting there.”

Durst, who appeared thin and frail, walked into court on Wednesday. Previously, he had been rolled in by wheelchair. He has said he is in declining health since a bout with esophageal cancer in 2007.

He was arrested in New Orleans in March 2015, the day before the finale of the HBO docuseries The Jinx, which chronicled his life and alleged crimes and which appeared to record him making the statement “killed them all, of course.”

During his testimony on Wednesday, Chavin described Durst’s relationship with Kathleen as turbulent, and he said he once witnessed a nasty argument between the couple.

“It was always a strange relationship from the time I met them,” he said.

Kathleen would occasionally stop by his apartment to complain about her marriage, Chavin said.

“She was appealing to me as Bob’s friend and she was having a terrible time with her marriage,” he said. “She was sad, without question.”

Durst, meanwhile, complained that “Kathie was impossible sometimes,” Chavin testified, adding that he and Durst used to go to nightclubs together to meet women.

“He described his marriage as open,” Chavin said.

On Tuesday, Dr. Albert Kuperman, the former dean of the Albert Einstein College of Medicine where Kathleen had been enrolled, testified that he received a call 35 years ago from a woman purporting to be her — a day after she went missing.

Kuperman testified that the caller said she was too sick to make the first day of her pediatric clerkship. But prosecutors allege the woman who placed the call, on Feb. 1, 1982, was actually Berman.

“It was a woman’s voice,” Kuperman, now 85, testified. “The woman stated she was Kathie Durst and she would be absent from the clinical duties that day.”

Kuperman said he was under the impression at the time that he was speaking with Kathleen. But when prosecutor Habib Balian asked if he was sure of that, he responded, “No.”

During Kuperman’s cross-examination, DeGuerin, asked, “It has only been recently that you felt like prosecutors or police tried to make you believe it was not Kathie?”

Kuperman replied, “It arose in me the possibility that it might not have been Kathie Durst,” adding, “It didn’t occur to me it could have been somebody else.”

Prosecutors argue that before her death, Berman told Durst she planned to speak with detectives after they contacted her about a reinvestigation into Kathleen’s disappearance.

“Shortly thereafter, Susan was executed in her home, shot one time in the back of the head,” prosecutor Lewin alleged in last month’s court papers.

He claimed that Durst was responsible not only for the deaths of Berman and Kathleen but also the decapitation killing of Morris Black, his 71-year-old Texas neighbor.

In 2001, Durst admitted he killed Black, but he claimed self-defense. He was later acquitted of any crime. 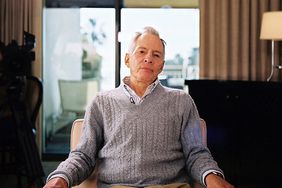 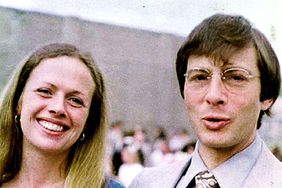 Robert Durst: 'Killed Them All, of Course'