The Georgia mom was living in a quiet, upper-middle-class cul-de-sac outside Atlanta raising her son, Jordan Davis, who planned to attend college with his friends.

But everything changed on Nov. 23, 2012, when the 17-year-old Jordan, who was seated in an SUV with his friends at a gas station in Jacksonville, Florida, was fatally shot when a 47-year-old man fired 10 bullets at the vehicle.

The shooter, Michael Dunn, claimed he’d felt threatened when the group refused to turn down their car radio. Dunn, who is now serving a life sentence, was white. Jordan, who along with his three friends was unarmed, was black.

• For more on how the loss of her son compelled Lucy McBath to run for congress, subscribe now to PEOPLE or pick up this week’s issue, on newsstands today.

Before Jordan’s death, McBath had spoken with him about misperceptions that young black males face in society. “I told him,” she recalls to PEOPLE, “people might not really see you for who you really are.”

The devastating loss of her child set McBath on a path of activism. She dedicated herself to honoring his life, and in 2012, after the shooting, she became a spokesperson for Moms Demand Action for Gun Sense in America, an anti-gun violence organization.

Now, she is running for Congress in Georgia’s 6th Congressional District.

Gun violence against young black males hit home for McBath. She’s committed to fighting so that other moms don’t feel her grief. 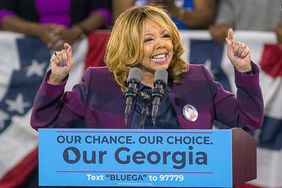 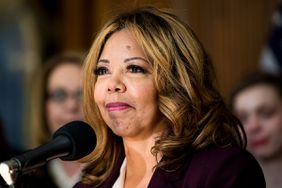