Virginia police say remains found in a pond in Sterling on Sunday are that of a 17-year-old Muslim girl who was allegedly murdered while heading to a mosque with her friends.

Darwin Torres, 22, has been arrested and charged with murder, police say. Although police have not named the victim, relatives of Nabra Hassanen, of Reston, and the teen’s mosque, the All Dulles Area Muslim Society (ADAMS), have revealed her identity to several news outlets.

According to police, Hassanen and her friends had slept over at the mosque and went to a McDonald’s early in the morning. They allegedly got into a dispute with Torres, who was in his car, near Dranesville and Woodson Roads, police say in a statement. Hassanen’s friends ran back to the mosque and reported that Hassanen had been left behind, according to the Washington Post.

Meanwhile, Torres allegedly got out of his car and assaulted Hassanen, police continued in the statement. The girl’s mother told the Post that detectives said Hassanen had been struck with a metal bat.

“We are devastated and heartbroken as our community undergoes and processes this traumatic event,” ADAMS said in a statement. “It is a time for us to come together to pray and care for our youth.”

Police tell PEOPLE there is no evidence that points to a hate crime.

A search for the teen ensued and police announced the discovery of the body Sunday afternoon, according to the statement, which adds that officers “saw a car driving suspiciously in the area.” Police stopped the car and took the driver, Torres, into custody. The medical examiner will confirm the identity of the remains.

In the hours after the gruesome discovery, celebrities and activists took to social media to send their condolences and remember the slain teen.

“Nabra Hassanen, I won’t forget you and what happened to you,” actress and comedian Mindy Kaling wrote in a Facebook post.

Meanwhile, activist Linda Sarsour wrote in a post that she is devastated as a result of the news.

“Nabra, you and your family will get justice,” Sarsour wrote on Facebook. “This is NOT OKAY. This is NOT OKAY. As a mother of a 17 year old daughter — I am HEARTBROKEN. SHATTERED. Nowhere is safe.”

It is unclear whether Torres has entered a plea or acquired an attorney.

A fundraising page has been set up on behalf of Hassanen’s family. 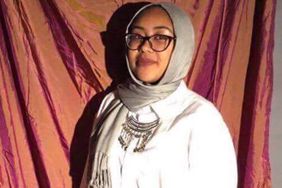 Father Speaks Out After Daughter Is Killed While Going to Mosque: 'Somebody Took Her Life For No Reason' 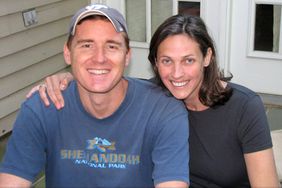