Father of Teen Missing Since 2009 Whom FBI Has Declared Was Held Captive and Murdered: 'I'm Begging Anyone To Help Us Bring Her Home'

Chad Drexel and his ex-wife Dawn Drexel, are begging the public for help in finding out who killed their daughter, who went missing seven years ago in Myrtle Beach

For seven long years, Chad and Dawn Drexel have waited for news about what happened to their 17-year-old daughter, Brittanee Drexel, who vanished during a spring break trip to Myrtle Beach, South Carolina, in 2009.

On Tuesday, they got the news they feared most when FBI agents told them they have reason to believe Brittanee is dead – and that she was held against her will for several days before she was murdered.

“These last two days since we got the news have been an emotional roller coaster,” Brittanee’s father, Chad Drexel, tells PEOPLE. “As a father, I have a sense of duty to protect my children, but in this case, I can’t. Brittanee is my heart. She was my right hand.”

He adds: “Please help us find our daughter’s killer or killers. All I want is justice for my daughter, Brittanee. I’m begging anyone out there who knows who killed our daughter to please help us bring her remains back home to her family.”

In April 22, 2009, Brittanee, a star soccer player and a junior at Gates Chili High School in Rochester, New York, who had dreams of becoming a nurse or a cosmetologist, went away for spring break in Myrtle Beach without her parents’ permission.

On April 25, 2009, she headed out alone to the Blue Water Resort on Ocean Boulevard, the busy main drag in Myrtle Beach, to visit a friend she had known for a few years who was staying there. She was last seen at about 8:45 p.m. when surveillance cameras captured her leaving the hotel in a black and white tank top, shorts and flip flops, say authorities.

She texted her boyfriend back home that she was walking back to the Bar Harbor, a motor inn a mile and a half down the road, where she and her friends were staying.

No one ever heard from her again.

In a press conference on Wednesday, FBI Special Agent in Charge David Thomas said investigators believe Brittanee was taken on April 25, 2009, in the vicinity of the Blue Water Resort, to a rural area further south, about 60 miles away, near McClellanville, South Carolina, as well as North Charleston and South Georgetown.

“We believe she was killed after that,” said Thomas at the press conference, which was held in McClellanville.

Now the FBI wants anyone with information about what happened to Brittanee to come forward.

“Other people came in contact with her, saw her, know that she was here, so we know there is information in the community here,” said Thomas.

Her cellphone transmitted its last known signal the day after she disappeared near the South Santee River, between McClellanville and Georgetown, say authorities.

While Thomas did not reveal how authorities determined that Brittanee was likely killed, he called the evidence they amassed “exhaustive.” It is unknown at this point whether there are one or multiple suspects involved.

The FBI is offering a $25,000 reward to anyone who can provide information that leads to an arrest and conviction in the disappearance and presumed murder of Drexel, said Thomas, who added, “Somebody does have information.”

Since the moment Chad learned his daughter was missing, he has done everything in his power to find her, from personally handing out hundreds of fliers in the area to hiring private investigators.

“I did everything I could to try to find her,” says Chad, who adopted Brittanee, the biological daughter of his then-wife, Dawn Drexel, when she was a toddler. “I’m the only father she has ever known,” he says. “We were very close.”

Brittanee, who Chad calls “a spitfire” and a “tomboy” who also loved makeup and clothes, spent a lot of time together, with him teaching her everything from how to change a tire to how to be self-reliant.

Chad says that on Tuesday, when the FBI told him and Dawn that they believe their daughter was killed, “I was shaking. My adrenaline was going. I was sweating profusely. I livid and holding back with every bit of my might not go and find the killer or killers who did it. I want them brought to justice.”

What bothers him the most is what she was thinking and feeling in the days before she was killed, when she was held against her will. “That’s the scariest thing in the world and what had me nerved up by the time I got to the meeting [with investigators],” he says. “She was not able to leave wherever she was.”

In a 2009 PEOPLE cover story on missing children, Brittanee’s mother, Dawn Drexel, said she had no idea Brittanee was missing or even that she was in Myrtle Beach until Brittanee’s boyfriend called her to tell her he was worried that he and her friends hadn t heard from her.

“I didn’t know she was going,” said Dawn. “The day she left she was angry with me because she asked me if she could go and I told her no. I said, ‘There’s no adults going and I have no idea who these kids are and I don’t feel comfortable with it.’

“I told her I just felt something was going to happen to her,” she said. “I just felt it.”

After a day of arguing “back and forth,” said Dawn, Brittanee asked her if she could go to a friend’s house for a couple of days to calm down. “I didn’t have any reason not to trust her,” she said. “She called me that night and apologized for the whole day.”

Unbeknownst to Dawn and Chad, with whom she kept in close contact after their 2008 separation, Brittanee left Rochester that night, on April 22, with friends, arriving in Myrtle Beach the next day.

“She called me,” said Dawn. “I didn’t know she was there. Saturday, the night she went missing, I talked to her during the day. She said she was at the beach. I didn’t think anything of it because it was 80 degrees in Rochester that day and they call the lake the beach here.”

Dawn was at a barbecue with her two other children when Brittanee’s boyfriend, who had stayed in Rochester for spring break, called, saying the teen was in Myrtle Beach. He said he couldn’t reach her and that Brittanee’s friends couldn t find her.

“I said, ‘What do you mean, they can’t find her?'” she told the boyfriend. “He said he was texting her and all of a sudden, nothing.”

Dawn called Chad and then the Rochester police “because I didn’t know who to get ahold of at the Myrtle Beach department. We tried to call Brittanee’s cell. We were texting her.”

Dawn doesn t think her daughter ran away, saying she “would have her hair and makeup done all the time” and that “she wouldn’t just leave all her clothes behind.” But was surprised she went to Myrtle Beach.

“She’d never done anything like this before,” she said.

Brittanee did have a hard time coping with her parents’ recent separation, Dawn said. “It was hard on her so her grades dropped.”

Like Chad, Dawn was devastated by her daughter’s disappearance. “Not knowing where your child is is horrible. You shed a lot of tears. It’s very difficult. I miss her terribly.”

She added, “I wait for her to walk through the door.”

Anyone with information about Brittanee’s disappearance is being asked to call the FBI tip line with at 1-800-CALL-FBI.

With reporting by Nicole Weisensee Egan 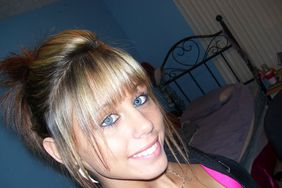 Suspect in Brittanee Drexel's Alleged Rape and Slaying Speaks Out: 'I Did Not Kill' Her 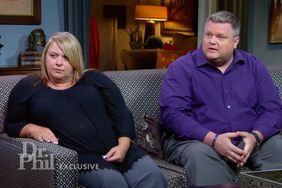 Parents of Brittanee Drexel Speak for the First Time About Her Horrific Murder: 'They're Monsters' 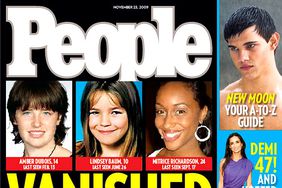