Eight years after the high-profile murder case, key players discuss the evidence against Philip Markoff on Murder Made Me Famous

Before 2009, Philip Markoff was a preppy Boston University medical student. At the time, his doting fiancée Megan McAllister told PEOPLE that he was “a beautiful man inside and out.”

But the perception changed in April 2009, when Markoff, then 23, was charged with the armed robbery and murder of Julissa Brisman in a Boston hotel room. He was also charged with additional armed robberies, each involving a female victim that he met through ads placed on Craigslist.

Markoff maintained his innocence of all charges, and pleaded not guilty. While awaiting trial in 2010, he committed suicide.

The story gained international attention, even landing on the cover of PEOPLE. Trial watchers couldn’t get enough of the clean-cut med student who attacked escorts to pay his gambling debts.

More than eight years later, the Reelz channel revisits Markoff’s crimes in its docuseries, Murder Made Me Famous – and the show speaks to several key players in the case who do not ordinarily give interviews.

On the show, former Boston Police Commissioner Edward Davis speaks out in a rare interview, telling the show that Markoff had all the signs of a sex offender, despite the fact that he did not assault his victims. “He took the underwear of his victims,” Davis says, “and saved them to remember the victims.”

Davis also says that Markoff used his knowledge of human anatomy to ensure that his suicide would be effective. (Markoff stabbed and suffocated himself in jail.)

Murder Made Me Famous producer Sara Ivey obtained more than 1,000 digital images of the documents, forensic and material evidence in the case, including the hollowed-out Gray’s Anatomy textbook where Markoff stored the murder weapon – a semiautomatic handgun.

“The evidence was overwhelming,” Suffolk County District Attorney Daniel Conley tells the show. “If Markoff had lived, he would have been convicted of first-degree murder. He would have spent the rest of his life in a Massachusetts prison.” 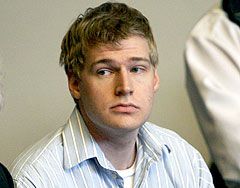 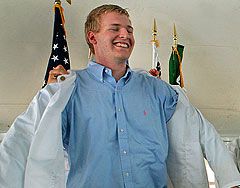 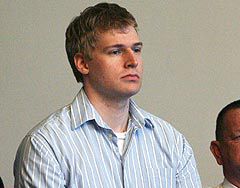 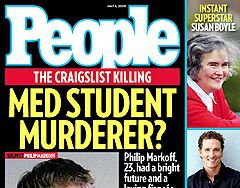 INSIDE STORY: Who Is 'Craigslist Killer' Philip Markoff? 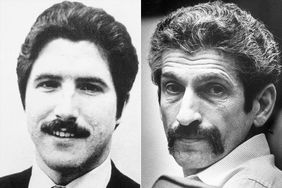 The Cop Who Caught the Hillside Stranglers Speaks Out: '40 Years Later, I Still Get Emotional'