These mothers had Munchausen by Proxy, a form of abuse in which a caregiver fabricates an illness or injury to someone in their care to elicit sympathy for themselves

Divorced mom Blanchard was devoted to her wheelchair-bound teen daughter Gypsy, who won the hearts of Springfield, Missouri, with her determined struggles against leukemia, muscular dystrophy and other ailments described by her mom. But it was all made up, as revealed in June 2015 after authorities discovered the bloodied body of Blanchard, 48. The little girl portrayed as disabled and dying was then 23, could walk, and fled her life of lies by killing her mom, earning a 10-year prison term for murder. Gypsy's boyfriend Nicholas Godejohn is awaiting trial as an accomplice.

Spears, of Chestnut Ridge, New York, documented her young son's battle with mysterious illness on social media. It gained her followers, and she enjoyed the "attention and sympathy" she received, say prosecutors, who alleged that Spears caused son Garnett's sickness by poisoning him with salt through a feeding tube. His high levels of sodium led to his death on Jan. 23, 2014, at age 5. Spears was found guilty of second-degree murder and sentenced in 2015 at age 27 to 20 years to life in prison.

Prosecutors say Arizona mom Montano wanted attention from the father of her two children, whom she was raising on her own. Then 23, she was found guilty in June 2013 of child abuse under circumstances likely to cause death or serious injury after authorities accused her of contaminating her infant daughter's IV lines with fecal matter, leading to repeated bacterial infections that ended when Montano was denied contact with her. Doctors who suspected the mother caught her in the act by placing a hidden camera in her 5-month-old daughter's hospital room.

After several bouts with sleep apnea, 9-month-old Morgan Reid died in 1984, an apparent victim of Sudden Infant Death Syndrome. After mom Tanya Reid had a second child, the cycle repeated with her son Brandon, who was hospitalized several times with apneas and seizures that didn't occur when Tanya wasn't around. Prosecutors reviewed Morgan's autopsy and found brain damage consistent with shaking. Reid — a nurse who'd earned attention as a child for reviving another child who had quit breathing — was convicted of felony abuse of her son and murder of her daughter. An appeals court later overturned the murder conviction.

A Forth Worth, Texas, mom of three, Ybarra kept a blog chronicling a recurring cancer — a journey that attracted money and gifts, although she never had cancer at all. She claimed her children also had illnesses that were proven to be fraudulent, and later criminal: She received a 10-year-sentence in 2010 for inflicting bodily injury on a child after confessing that she poisoned her youngest daughter with pathogens stolen from her workplace that caused anaphylactic shock, and used nasal spray to affect tests for cystic fibrosis. "Obviously I was hurting her," said Ybarra, who admitted to seeking attention, "but I wasn't trying to."

Between 1972 and 1985 all nine of Tinning's children died young, eight of them under suspicious circumstances that made her a center of sympathy. She was indicted in three deaths but prosecuted only for one — smothering 4-month-old Tami Lynne in 1985 with a pillow. She confessed and was given 20 years to life in prison. "I just — I don't think I had the capabilities of being a good mother at all," Tinning, now 75, told the New York State parole board during one failed effort to win her release. She finally was granted parole and set free in August 2018.

The Florida mom of three was convicted in 1999 of aggravated child abuse and fraud for deliberately making daughter Jennifer so sick that, by age 7, she was dropped from her parents' insurance and became a poster child in Washington, D.C., for health care reform. Jennifer was hospitalized more than 200 times, enduring more than 40 surgical procedures, before being taken from home and placed in foster care, which ended her ailments. Kathy Bush served three years in prison.

In a twist, in 2015, the now-grown Jennifer, a social worker, took Kathy's side, saying through an attorney, "she thinks her mother never abused her."

Hayden-Johnson's son was born prematurely in 2001. But as he recovered, the British mother kept the attention flowing, claiming he suffered from food allergies, diabetes (she spiked his urine with glucose), cystic fibrosis and cerebral palsy requiring a wheelchair. His plight brought charity help, a new car, a cruise, and a courage award from the Prime Minister, until a doctor's hunch alerted detectives who found a video of the boy eating roast dinner in a pub and running without the aid of oxygen. Hayden-Johnson pleaded guilty in 2009 to child cruelty and perverting the course of justice.

Wilfred's deceptions to gain sympathy peaked in 2008, when she claimed the twins she'd been carrying were stillborn. But the pregnancy and funeral was a fabrication — her tubes had been tied — and authorities later debunked her claims about her other children, including a son she said needed a liver transplant (he didn't) and a daughter dying of leukemia (she wasn't). Wilfred pleaded guilty to several counts of child cruelty, along with theft by deception for taking money donated by neighbors in Thomasville, Georgia. She is serving an eight-year prison sentence.

Doctors on opposite sides of Missouri — in St. Louis and Kansas City — had no idea Kinsella used them both to stockpile medications she used to poison her 9-year-old son, Patrick, in 2014. After a seizure at school, he spent six of the next 10 months in the hospital after his mother's care left him with hallucinations, seizures and trouble breathing. "She manufactured illnesses," a prosecutor told jurors who found Kinsella guilty in March 2017. "People don't want to believe that a mother would do this." She was sentenced to 25 years for first-degree assault and child endangerment. 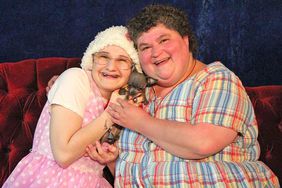 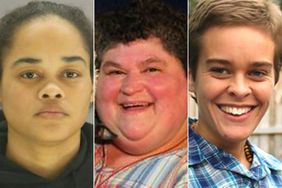 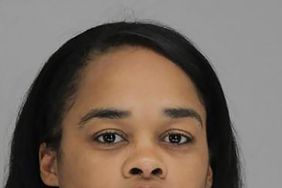 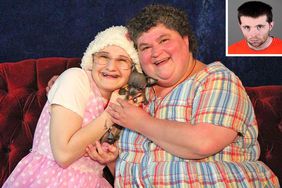 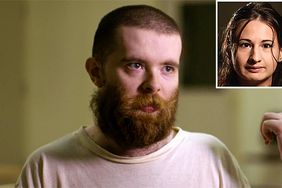