Investigators hoping to find answers regarding the disappearance of two Idaho children may have discovered the last photo taken of 17-year-old Tylee Ryan before she went missing.

On Friday — the same day Lori Vallow appeared in court just one day after her arrest in Hawaii — the 7th District Court in Madison County released her criminal complaint that reveals Tylee was last seen on Sept. 8 when she went on a family day trip to Yellowstone National Park, local outlet KBOI-TV CBS 2 reported.

A search warrant conducted led investigators to discover a photo from Vallow’s iCloud account, which shows Tylee at Yellowstone, according to the complaint, 12 News reported.

“This photo is the last time we can find any record of T.R. being with Lori Vallow,” the complaint states, 12 News and KBOI-TV CBS 2 reported.

Both children remain unaccounted for.

At her court hearing on Friday, a judge denied Vallow’s attorney’s request to get her $5 million bail lowered, Local News 8 reported.

Kaua’i Police Department Chief of Police revealed in a press conference that following her court appearance, Vallow was transported to the Kaua’i Community Corrections Center.

She is set to appear in court again on Monday, March 2 on extradition to Idaho.

Vallow’s arrest comes after she “failed to comply” with a court order to “produce” her children before police by Jan. 30 in Madison County in Idaho. Previously, Rexburg police alleged in a statement that Vallow “has refused to work with law enforcement to help us resolve this matter.”

Vallow has been charged with two felony counts of desertion and nonsupport of dependent children. She has also been charged with arrests and seizures — resisting or obstructing officers, criminal solicitation to commit a crime, and contempt of court — as well as willful disobedience of court process or order.

Vallow faces a maximum sentence on each count of 14 years in prison, a press release from the Madison County Prosecuting Attorney in Idaho said.

It is not immediately clear if Vallow has entered a plea.

Before her children vanished, Lori had recently married Chad Daybell, a religious author who writes about prophecy and the end of the world.

In September, Lori took J.J. out of school in Idaho, saying in an email to the school the family had to “move quickly” so she could accept an out-of-state job offer.

Family members and Lori’s ex-husband have expressed alarm about her beliefs. Annie Cushing, Tylee’s aunt, spoke about Lori in an interview with KSL TV.

“It’s like she wanted me to be afraid of the end times,” Cushing said.

Recalling Lori’s statements anticipating the end of the world, Cushing recalled, “There was one time where she was talking about it and she says, ‘Sometimes, I think it would be better just to put my kids in a car and go off the side of a cliff.’”

As police began looking for her children, Vallow allegedly told authorities that her son was staying with a friend of hers, who lived out of state, Rexburg Police Lt. Ron Ball said in a probable cause affidavit, NBC News and the Associated Press reported. That same friend later allegedly told police she was told to lie and that J.J. had not been to her house in 4 months.

According to the probable cause affidavit, there is no evidence of Vallow putting her children in anyone else’s care, NBC News reported.

Adding to the concern about the children’s disappearance is that several people close to Lori and Chad have died under mysterious circumstances.

Chad’s wife, Tammy, was found dead in her bed last October. The 49-year-old librarian had no known preexisting medical ailments. Authorities classified her death as “natural,” and she was buried.

When authorities learned about the other mysterious deaths, they exhumed her body and performed an autopsy. The results may not be available for several months.

Tammy’s death came months after Lori’s fourth husband, Charles, was shot to death in July 2019 by her brother, Alex Cox. The incident happened during an altercation at Lori’s home. Cox claimed he shot Charles in self-defense and was never charged.

Alex Cox was found dead on December 12, 2019. He was discovered lying unresponsive in his girlfriend’s bedroom. Authorities have performed an autopsy and the cause of death is pending.

Mom Who Missed Deadline to Produce Missing Kids Fantasized About Driving Them off ‘a Cliff’: Aunt

Police issued an arrest warrant for Vallow this week after deeming her a flight risk, the Associated Press reported.

“Lori Vallow and Chad Daybell have significant financial resources. I am aware that Chad Daybell received at least $430,000 in life insurance proceeds upon the death of his wife Tammy. As such, Lori and Chad have resources sufficient to help them travel and hide from law enforcement and the court,” Ball wrote in the probable cause affidavit, the Associated Press reported. 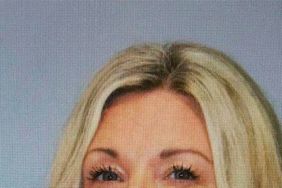 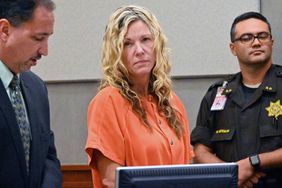