'I Miss You So Much': 22-Year-Old Woman Found Strangled in Apartment Near Texas Christian University

Police are searching for the killer of Molly Matheson

Police are investigating the murder of a young woman who was found strangled to death in her home near Texas Christian University.

Molly Matheson, 22, was found by her mother in the bathroom of her Fort Worth apartment on Monday, police say.

Police are still trying to piece together what happened to Matheson. A Fort Worth Police spokesperson tells PEOPLE that they have yet to identify a suspect, but they have been investigating the crime scene. The death has been classified as a homicide.

Matheson, who grew up in Florida, attended the University of Arkansas before moving to the area adjacent to the TCU campus. She lived within walking distance of the school’s art gallery and chapel.

The crime has shaken the quiet neighborhood near the University. “Until we find whoever did this, I think a lot of people will be on edge,” Elise Vadaurri, a TCU sophomore, told the Star-Telegram. “There’s a lot of young females and families who live over here.”

Matheson’s brother, Nick Matheson, paid tribute to his sister on Twitter, writing, “I can’t say much but I will say this. You damn better love everyone in your life as much as you possibly can. I miss you so much Molly.”

While investigators continue to search for clues, and tell PEOPLE that they will continue to investigate the case until they have answers. 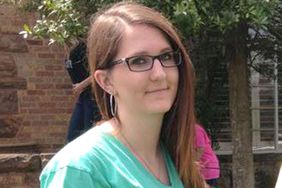 Gabby Petito's Friends React to Her Cause of Death: 'She Must Have Been So Scared'