Mollie Tibbets' suspected murderer Cristhian Rivera had no prior record, the defense argued in court

The man accused of murdering 20-year-old Iowa college sophomore Mollie Tibbetts on Wednesday made his first court appearance in her slaying.

At the hearing, in Poweshiek County, Cristhian Bahena Rivera’s attorney, Allan Richards, argued against allowing expanded news media coverage of the case and shed some light on Rivera’s life before Tibbetts’ death.

“The coverage that’s out there is leaning all one way and, in fact, [the] government has weighed in at the highest levels,” Richards said in court.

Authorities have described Rivera as an undocumented immigrant and both pundits and politicians, including President Donald Trump, have invoked the case as a talking point in ongoing immigration debates.

Tibbetts’ relatives appear to have rebuked such rhetoric, however, with her aunt writing, in part: “Evil comes in EVERY color.”

“In our system of justice, he’s entitled to that presumption of innocence until some evidence is presented,” Richards continued. “Portraying Cristhian as something that he isn’t, in some ways I view that as a political payback for what’s swirling around.”

“One nod of the head, one glance … that will be partially taken out of context and presented over and over which would be highly prejudicial to the defendant, so I urge the court to exclude the media from these proceedings,” Richards added.

He later explained that before Tibbetts’ murder, Rivera had “no prior criminal record,” telling PEOPLE: “He was just a part of the community. An all-American boy working really hard.”

Richards says, “Whether or not there was something that happened that was very outrageous, that is a different matter. I have seen no evidence on that at no point and he is presumed innocent until we see it.”

Mollie Tibbetts’ Accused Killer Describes Finding Her Body in His Trunk After Her Jog: Authorities

“He was a very productive worker,” Richards explains in reference to Rivera’s job at Yarrabee Farms in Brooklyn, Iowa, not far from where Tibbetts was living when she vanished in July.

“He lived alone and worked 12 hours [a] day, seven days a week. He was handling the milk supply. He is a loving father,” Richards says.

Despite Richards’ argument in court, Rivera’s bond was increased from $1 million to $5 million, cash-only, at the urging of prosecutors.

Scott Brown, an Iowa assistant attorney general, said that Rivera is accused of “a very heinous crime and certainly the safety of the community should be foremost in the court’s mind.”

Rivera wore a black-and-white striped jumpsuit in court and required translators throughout the hearing.

Tibbetts’ dead body was found in a cornfield on Tuesday, about a month after she went missing following her usual jog in Brooklyn, a police source previously told PEOPLE.

Rivera is charged with her first-degree murder and, according to the police affidavit obtained by PEOPLE, he allegedly led investigators to her body, which he had concealed with plants. He is accused of abducting and killing Tibbetts’ after crossing paths with her on her run.

Rivera’s next court date is a preliminary hearing set for Aug. 31. 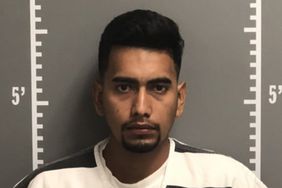 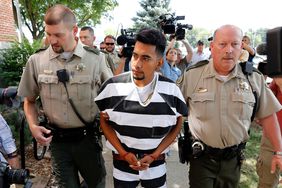 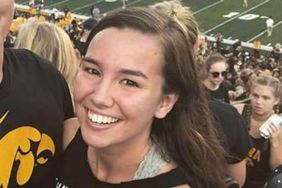