Jerrod William Baum, 41, is accused of abducting and killing Riley Powell and Brelynne "Breezy" Otteson, whose bodies were found this week in a mine

A 41-year-old man has been accused of murdering two teens whose bodies were found in an abandoned Utah mine earlier this week, months after they both vanished, PEOPLE confirms.

According to a probable cause statement in the case, which was first obtained by the Salt Lake Tribune, Baum is suspected of kidnapping Riley Powell, 18, and 17-year-old Brelynne “Breezy” Otteson, who were reported missing on Jan. 2. He allegedly killed them with a knife before throwing their bodies into the mineshaft.

The teens’ hands were bound behind their backs when authorities found them on Wednesday, authorities said in the affidavit. Both appeared to have knife wounds.

In a Wednesday news conference, Utah County Sheriff Office Undersheriff Darin Durfey told reporters that the bodies had been found on a ledge about 100 feet down the 1,800-foot mineshaft, according to local news station KUTV.

Baum was arrested after his girlfriend, 34-year-old Morgan Henderson, started speaking with detectives after being stopped for speeding on Sunday, according to the probable cause statement.

She led police to the crime scene after alleging that Baum had killed the teens out of jealousy.

Henderson and Baum had previously been questioned by authorities, as Baum and Powell knew each other, but the couple said they had no information. However, in a series of subsequent interviews — culminating with details revealed this week — Henderson said she was with Baum when he allegedly killed Powell and Otteson after the pair had visited their home on Dec. 30.

The probable cause statement claims Baum told Henderson “that he had previously instructed her not to have guy friends and that it was too bad because he has never killed an innocent before.”

According to the affidavit, Baum allegedly told Henderson that he “made Riley suffer.” He also allegedly claimed that he “felt bad” about killing Otteson and “made it quick and painless” for her, the affidavit states.

Baum previously spent 11 years in federal prison on firearms and weapons charges, PEOPLE confirms. He was released in July 2016, but was still on supervised parole. He was also on probation in Utah.

Powell’s mother and the mother’s boyfriend were previously identified in court documents related to the investigation but have not been charged with any crime. (PEOPLE’s efforts to reach them have been unsuccessful.)

“There are some things we know that we can’t release yet,” a sheriff’s investigator said after being asked about the the mom and her boyfriend, according to the Salt Lake Tribune.

Baum has not yet entered a plea to the murders charges and court records do not reflect an attorney who could comment on his behalf. He is being held without bond. 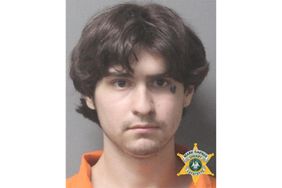 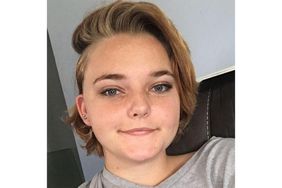 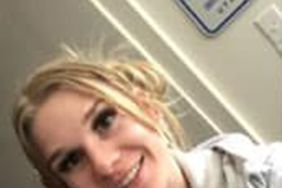 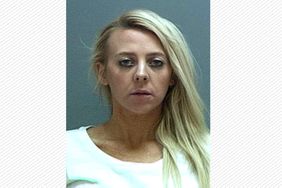