Two Idaho siblings — Joshua “J.J.” Vallow, 7, and Tylee Ryan, 17 — were last seen in September — and their mother, Lori Vallow, was arrested Thursday night on the Hawaiian island of Kaua’i, where she went after her kids vanished.

She faces two counts of desertion of a child and other charges.

The children remain unaccounted for, though police in Kaua’i says there is “no indication” the children are on Kaua’i. Lori, who is being held on $5 million bond, faces a maximum sentence on each count of 14 years in prison.

Before her kids vanished, Lori had recently married Chad Daybell, a religious author who writes about prophecy and the end of the world.

Adding to the concern about the kids’ disappearance: Several people close to Lori and Chad have died under mysterious circumstances.

Here are eight things to know about the disturbing case.

According to investigators, J.J. was last seen attending classes at Kennedy Elementary School in Rexburg on September 23 — a school that he had attended for just three weeks.

In an email to the school that was shared with PEOPLE, Lori said she was pulling J.J. out because the family had to “move quickly” so she could accept an out-of-state job offer.

Principal Josh Wilson told East Idaho News that he recalled Lori coming to the school on Sept. 24, and telling administrators that she planned to homeschool the boy. She filled out the paperwork to disenroll him.

“It’s a common process,” Wilson told the newspaper. “There was nothing at the time that would cause us any alarm.”

2. The Children’s Belongings Were Found in an Idaho Storage Unit — While Lori Left for Hawaii

According to East Idaho News, Lori rented and later abandoned a storage unit in which she kept items that appeared to belong to the children.

Police say that she rented the unit on October 1, and was seen on surveillance video checking on the belongings several times. But when the credit card on file to pay for the unit was declined in January, the owner of the unit called police.

Idaho Mom had 5 Days to Produce her 2 Missing, Endangered Kids — and She Missed Deadline

Once inside the storage unit, officers found bikes, a scooter, winter clothing, a photo album with pictures of J.J. and Tylee, sports equipment and a backpack with J.J.’s initials. There were also blankets showing photos of the children.

Chad’s wife, Tammy, was found dead in her bed last October. The 49-year-old librarian had no known preexisting medical ailments. Authorities classified her death as “natural,” and she was buried.

When authorities learned about the other mysterious deaths, they exhumed her body and performed an autopsy. The results may not be available for several months.

Tammy’s death came months after Lori’s fourth husband, Charles, was shot to death in July 2019 by her brother, Alex Cox. The incident happened during an altercation at Lori’s home. Cox claimed he shot Charles in self-defense and was never charged.

Alex Cox was found dead on December 12, 2019. He was discovered lying unresponsive in his girlfriend’s bedroom. Authorities have performed an autopsy and the cause of death is pending.

Mom Who Missed Deadline to Produce Missing Kids Fantasized About Driving Them Off ‘a Cliff’: Aunt

• For more on the disturbing disappearance of J.J. Vallow and Rylee Ryan, subscribe now to PEOPLE or pick up this week’s issue, on newsstands Friday.

4. Cops say Lori Has Been Uncooperative — and She Missed Deadline to Produce Kids

Chad and Lori were located in Hawaii last month but the children were nowhere to be found. Authorities gave Lori five days to produce the children — a deadline she missed on January 30, though authorities didn’t take action until her arrest on Feb. 20.

Previously, Rexburg police alleged in a statement that Lori “has refused to work with law enforcement to help us resolve this matter.”

“She didn’t comply with a court order,” he says. “She belongs in handcuffs.”

5. Police Have Said the Children Are in Danger

Upon learning that the children were missing, authorities released a series of statements and said that their lives are in danger. Mulitiple agencies have unsuccessfully tried to locate the kids.

“We know that the children are not with Lori and Chad Daybell, and we also have information indicating that Lori knows either the location of the children or what has happened to them,” the Rexburg police said in one statement.

“It is astonishing that rather than work with law enforcement to help us locate her own children, Lori Vallow has chosen instead to leave the state with her new husband.”

“It’s like she wanted me to be afraid of the end times,” Cushing said.

Mom Who Missed Deadline to Produce Missing Kids Fantasized About Driving Them off ‘a Cliff’: Aunt

Recalling Lori’s statements anticipating the end of the world, Cushing recalled, “There was one time where she was talking about it and she says, ‘sometimes, I think it would be better just to put my kids in a car and go off the side of a cliff.’”

At the time he was killed, Charles Vallow was seeking a divorce from Lori. His legal filings described Lori’s growing embrace of extreme religious beliefs and a claim that Lori believed “she was a God assigned to carry out the work of the 144,000 at Christ’s second coming in July 2020 and that if Father [Charles] got in her way of her mission she would murder him.”

Lori then moved to Idaho and married Chad.

8. Lori Faces 14 Years in Prison for Each Count of Child Desertion

A press release from the Kaua’i Police Department states Vallow has been charged with two felony counts of desertion and nonsupport of dependent children. She has also been charged with arrests and seizures — resisting or obstructing officers, criminal solicitation to commit a crime, and contempt of court — as well as willful disobedience of court process or order.

A press release from the Madison County Prosecuting Attorney in Idaho states the maximum sentence on each count of desertion of a child is 14 years in prison.

Chad has not been arrested. 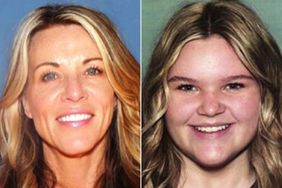