A heated dispute between the families of two missing Tequesta, Florida teenagers will take a turn Friday

A heated dispute between the families of two missing Tequesta, Florida teenagers over an iPhone belonging to one of the boys will take another turn Friday in a West Palm Beach, Florida courtroom.

The family of Perry Cohen have secured an emergency hearing, seeking to have a judge order the family of Austin Stephanos to return the phone to law enforcement for forensics evaluation.

Longtime friends and regulars on the water while growing up in South Florida, Cohen and Stephanos set out from Jupiter Inlet around 11 a.m. on the morning of July 24 for a day of fishing something they’d done together many times, including the day before. Cohen’s cell phone was broken that day, so the boys used Stephanos’ iPhone to check in with their parents and post photos and messages to friends on social media. Cell tower records show that the phone lost connection at around 1:16, shortly before a storm hit. The boys were never seen again.

Last month, nearly nine months after the boys’ disappearance, their boat was discovered capsized and floating in a shipping channel about 100 miles off the Bermuda coast. Crewmembers of a Norwegian freighter hoisted the boat onto the ship’s deck and soon found the iPhone and other personal effects in a locked compartment. The phone and other items were airmailed to the Florida Fish & Wildlife Conservation Commission and the boat is packed into a shipping container on its way to Port Everglades for inspection, FFWCC officials say.

The discovery immediately raised hopes that the boys’ families may finally get the answers they’ve desperately sought since they last held their sons close. But it also ignited a deeply emotional dispute. Because the case isn’t criminal, state investigators announced that all items, including the iPhone, would be returned to the boys’ families without a full forensics investigation.

In an effort to block the return of the iPhone to the Stephanos family before an investigation could be completed, Perry’s mother, Pamela Cohen, filed a lawsuit, naming Blu Stephanos, Austin’s father, and the FFWCC as defendants. She also signed a written consent to have the FFWCC keep and investigate any items belonging to Perry and urged the Stephanos family to do the same.

Despite the effort, the iPhone was returned and Blu Stephanos has publicly stated that it will be examined by the phone’s manufacturer and independent IT specialists to see if any retrievable data still exists.

“Of course, any relevant information that might be retrieved from Austin’s phone will be shared with the Cohen family and the proper authorities,” he posted on Facebook on April 25. “To me, this phone represents a connection with my son.”

“We are only asking for transparency,” Cohen posted in response on Wednesday. “All I want is the information available, if there is any, pertaining to the fateful day of their disappearance.”

“It was irresponsible to take it out of law enforcement chain of custody,” Guy Bennett Rubin, Cohen’s attorney who filed the case and the motion for the emergency hearing, told PEOPLE on Thursday. “It’s still a little amazing to us that the FWC is saying that this is not a criminal investigation, yet they re going to forensically evaluate the boat. To me, that s a little bit inconsistent.”

Judge Gregory Keyser will preside at the hearing, scheduled for 1:30 Friday. 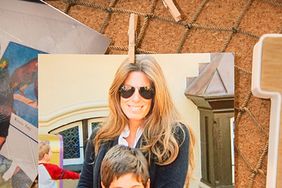 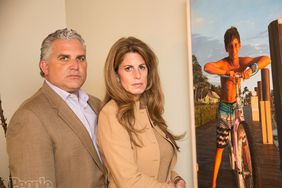 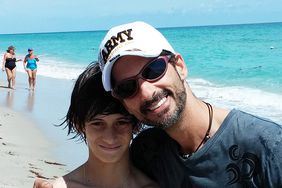