On July 13, 2014, authorities found the body of Conrad Roy III, 18, in his pickup truck parked outside a Kmart in Fairhaven, Massachusetts. He had killed himself by breathing carbon monoxide from a portable generator that he had placed with him inside the cab of his truck.

Although Roy had struggled with depression and been prescribed antidepressants, the investigation took a turn when police learned of a series of texts — eventually more than 1,000 — exchanged with Michelle Carter, then 17, in the week prior to his death. Carter, who described herself as Roy's girlfriend, appeared to be encouraging him to carry out his suicide, according to prosecutors, who later filed a charge of involuntary manslaughter against her.

Prosecutor: Carter Was Playing a 'Sick Game of Life and Death'

In her opening statement during Carter's 2017 trial, Assistant District Attorney Maryclare Flynn said Carter, who was 20 at the time of her trial, wanted sympathy and attention from other girls at school, yearning to be the "grieving girlfriend" who couldn't stop her boyfriend from committing suicide, WPRI reported.

"The defendant needed something to get their attention," Flynn said. "She used Conrad as a pawn in her sick game of life and death."

Flynn also alleged that Carter tried to pretend to the Roy family that she didn't know the manner and location of Roy's death – despite texts from her that allegedly indicated otherwise.

"She never admitted to anyone in the Roy family that she had helped Conrad for weeks to devise a suicide plan, or that she was on the phone with Conrad and knew he committed suicide in the Kmart parking lot," Flynn said.

Conrad Roy's Mother: 'I Thought He Was Doing Great'

During Carter trial, Conrad's mother, Lynn, recalled their last day together on July 12, 2014, when she joined him and his sisters for a day at Horseneck Beach in Westport, Massachusetts.

Conrad had attempted an overdose in 2012 after leaving a treatment program for his depression. But he'd just been accepted to Fitchburg State University and planned to study business after his recent high school graduation.

When he did not return home that night, she said she called police and later informed them about texts she received from Michelle Carter.

Carter's Text to Friend: 'His Death Is My Fault'

Carter's friend Samantha Boardman read aloud in court from texts Cater sent her that seemed to indicate she was remorseful.

"Sam his death is my fault like [honestly] I could have stopped him I was on the phone with him and he got out of the car because it was working and he got scared and I [expletive] told him to get back in," Carter allegedly texted to Boardman, reported the Boston Herald.

"I knew he would do it all over the next day and I couldn't have him live the way he was living anymore," Carter allegedly wrote to Boardman. "I couldn't do it. I wouldn't let him."

"I should have did more and it's all my fault because I could of stopped him but I [expletive] didn't," Carter allegedly texted to Boardman on Sept. 15, 2014, reported MassLive.com.

'I Heard Him Die,' Carter Texted

Prosecutors also called two friends of Carter's who received texts from her about Roy's suicide.

"I was talking to him on the phone when he killed himself," Carter allegedly texted Olivia Mosolgo, who played on a softball team with Carter. "Liv, I heard him die. I just wish I got him more help."

To another friend, Alexandra Ethier, whom Carter knew from working at a summer camp, Carter allegedly texted: "Yeah and I was on the phone talking to him when he killed himself. I'm heard him dying."

Carter's Lawyer: 'She Tried to Talk Him Out of It'

Before the case went to trial, Carter's defense attorney Joseph P. Cataldo argued that the texts are protected speech and they "did not contain anything remotely resembling a threat" worthy of a criminal charge, according to his court filing. He said Roy's decision to kill himself was Roy's alone.

Cataldo told PEOPLE: "A lot of what has been reported thus far is that Michelle Carter always wanted to endorse Conrad Roy's plan to kill himself. But it will be abundantly clear that for weeks prior to agreeing to his plan, she tried to talk him out of it, and he tried to get her to commit suicide with him."

"We're dealing with a 17-year-old impressionable female who was not equipped to deal with Conrad Roy's suicide plans," Cataldo said, "and sadly he carried through on his plan."

During Carter's trial, Dr. Peter Breggin spoke about the effects of Celexa, a medication that treats depression and anxiety, which Carter was prescribed not long before Roy's death.

According to the Boston Globe, the psychiatrist said Celexa can inhibit impulse control. Breggin added that drugs like Celexa "disrupt the frontal lobe function" and that "the young brain is more susceptible to harm" from such drugs.

Carter Sent Roy Dozens of Texts After His Death

The Boston Globe reported that Carter sent more than 80 text messages to Roy's phone after his death. In one, she apologized for not doing enough to stop him from taking his own life. She also expressed her enduring love for him, the paper reports.

"You probably thought I was okay with it and You talked about being in heaven and being my angel and at the time I went along with it because i knew you weren't gonna do anything," she wrote.

"But you [expletive] did it and I'm so sorry I didn't save you," Carter wrote.

On June 17, 2017, Carter was convicted of involuntary manslaughter in Roy's death. She cried at the defense table as Judge Lawrence Moniz addressed her.

"Carter's actions and also her failure to act where she had a self-created duty to Mr. Roy, since she had put him in that toxic environment, constituted each and all wanton and reckless conduct," Moniz said.

"She [instructed] Mr. Roy to get back into the truck, well-knowing of all of the feelings that he [had] exchanged with her: his ambiguities, his fears, his concerns," Moniz added.

In handing down his guilty verdict, Moniz focused on what Carter did right before Roy killed himself, when he called her from outside his pickup truck as he wavered about what to do.

She told him to get back into his vehicle — "which she has reason to know is or is becoming a toxic environment inconsistent with human life," Moniz said, narrating her actions in the present tense.

"She did nothing. She did not call the police or Mr. Roy's family," he said of Carter. "Finally, she did not issue a simple additional instruction [to Roy]: 'Get out of the truck.' "

Moniz sentenced Carter to two-and-a-half years, but all but 15 months of that sentence was suspended. However, Moniz agreed to stay her jail sentence until her appeal was resolved.

In February, after her appeal was rejected, Carter began serving her sentence.

Roy's Father: 'How Could Michelle Carter Behave So Viscously?'

During sentencing, members of Roy's family addressed the court. Roy's father called the late teen his best friend, saying, "Michelle Carter exploited my son's weaknesses and used him as a pawn."

"How could Michelle Carter behave so viciously and encourage my son to end his life? Where was her humanity?" he added.

In a statement read in court prior to sentencing, Roy's mother, Lynn Roy wrote, "There is not one day that I do not mourn the loss of my beloved son."

In her appeal filed in 2018, Carter's attorneys argued that the texts prosecutors presented were "cherry-picked" to make her look bad.

The appeal reiterated an argument the defense had previously made: that Carter's text showing compassion for Roy were never presented, including one in which she encouraged him to get professional help.

Carter's appeal stated that her "words encouraging Roy's suicide, however distasteful to this Court, were protected speech."

The appeal reignited the debate about whether someone could legally be found guilty of a crime if they weren't on the scene.

The appeal argued that if Carter's conviction was allowed to stand, "Massachusetts would be the only state to uphold an involuntary manslaughter conviction where an absent defendant, with words alone, encouraged another person to commit suicide," her attorneys wrote.

After the appeal was rejected, Carter was ordered to begin serving her sentence in February 2019.

In January 2020, Carter was released from the Bristol County House of Corrections after serving 11 months of her 15-month sentence. Her stay was shortened due to "good time" credit, which shaves time off an inmate's sentence based on exemplary behavior shown by attending programs and classes as well as working within the jail.

Days before her release, the U.S. Supreme Court refused to hear Carter's appeal, after the Massachusetts Supreme Judicial Court had previously upheld her conviction.

She was to remain on probation until August 2022.

Conrad's mother — who remarried in 2020 to become Lynn St. Denis — began working with Massachusetts state lawmakers in 2019 to make suicide coercion a crime punishable by up to five years in prison. If passed, Massachusetts would become the 43rd state with such a law.

The bill, bearing the title Conrad's Law, stalled during the COVID pandemic but was back before lawmakers in early 2022.

The Controversial Case Lives On in Popular Media

After the trial of Michelle Carter, the story was revisited several times in popular media. In 2018 Lifetime released the scripted telefilm Conrad & Michelle: If Words Could Kill. In 2019 HBO aired a two-part documentary I Love You, Now Die: The Commonwealth vs. Michelle Carter. In 2022 Hulu released the TV limited series The Girl from Plainville, starring Elle Fanning in the title role as Carter.

Carter has not spoken about the case since her release. "There will come a time for Michelle to speak publicly but now is not that time," her attorney Joseph P. Cataldo told PEOPLE in March 2022.

During the interview, Roy's mother, Lynn Roy, shared her thoughts on The Girl From Plainville series. Lynn hadn't seen the series but was concerned about its focus on Michelle over her son and worries "there may be an attempt to defend some of her needless and evil actions."

However, she did hope that the new attention on the case would help push forward Conrad's Law. 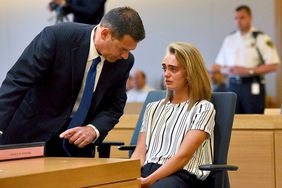 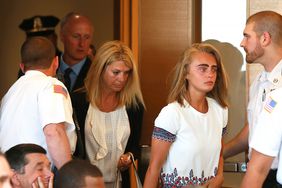 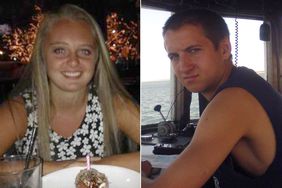 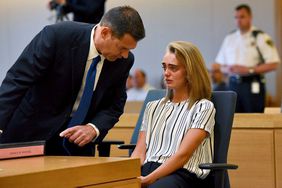 Texts Reveal Teen Allegedly Pressuring Friend to Commit Suicide: 'You've Got to Do It' 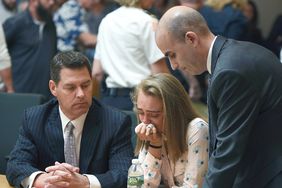 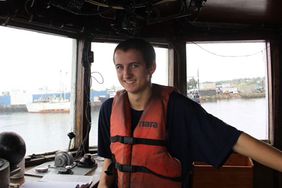