Lindsay's dad is held on $200,000 bail after an alleged argument with a female friend

Michael Lohan was arrested on three felony charges Monday evening in West Hollywood, Calif., after a female accused him of domestic violence at a nearby apartment, police say.

Lohan, 50, was booked for inflicting corporal injury on a cohabitant, false imprisonment and preventing a report of victimization, Lt. John Ratto confirms to PEOPLE.

Lindsay Lohan Lands in N.Y.C. – and Has ‘Anxiety Attack’

“Mr. Lohan was arrested after we received a call around 9 p.m. regarding a domestic dispute,” Lt. Ratto said. “He was detained after he was spotted walking on the street near our station. He showed no signs of intoxication that I’m aware of and has been cooperative.”

The victim, who sheriffs are declining to identify, suffered minor injuries and has declined medical treatment.

Lt. Ratto added that Lohan, while at the station, complained of a medical condition not related to the incident and was taken to Cedars-Sinai Medical Center, where he currently remains, pending any treatment.

Lohan, who has had past run-ins with the law and has previously done time behind bars, appears not to have been on probation at the time of arrest, Lt. Ratto added.

His daughter Lindsay, meanwhile, is expected to inform a judge by Wednesday whether she will accept a plea deal with jail time or go to trial in her felony grand theft case. 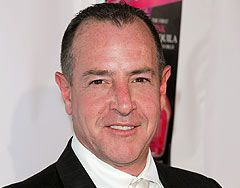