Matthew Taylor Coleman, 40, is charged with killing his 2-year-old son and 10-month-old daughter in Mexico on August 9

The disturbing case of Matthew Taylor Coleman has made international headlines — and raised many questions about how a seemingly doting father could be accused of the heinous murders of his two young children.

Investigators allege that Coleman took them to a ranch in Mexico early Monday morning, killed them with a spearfishing gun, and returned to his hotel a few hours later. He was arrested when he attempted to cross the border back into the United States.

Here are four things to know about the case.

1. Coleman Was Allegedly Influenced by the QAnon Conspiracy Theory

According to charging documents, Coleman allegedly told police he was motivated by the QAnon conspiracy theory, which holds the false belief that former president Donald Trump has secretly been battling a cabal of Satan-worshipping pedophiles at the highest levels of political power and influence.

PEOPLE obtained a criminal complaint that was filed in the U.S. District Court last Wednesday. In the 10-page complaint, FBI special agent Jennifer Bannon wrote that Coleman claimed to be "enlightened by QAnon and Illuminati conspiracy theories and was receiving visions and signs revealing that his wife, A.C., possessed serpent DNA and had passed it on to his children."

Coleman allegedly told Bannon that he knew his actions were wrong, but that the children's death was the only way to save the world.

2. Friends Noticed a Change in Coleman Before His Arrest

PEOPLE has spoken with several friends and associates of Coleman. All of them describe him as a seemingly loving family man who doted on his wife and children.

"It just doesn't compute," Coleman's friend Rachel Woodby tells PEOPLE. "This is not the man I know. This really comes out of the blue. He had no warning signs that he was capable of doing this."

But others say that he began reading conspiracy theories online and seemed to start believing many of them. "He spent a lot of time looking at these conspiracies," says another friend. "He devoted a lot of brain power to them. It became clear to me that he believed some weird stuff."

3. Coleman's Wife Reported Him and the Kids Missing — But Said He'd Never Hurt Them

Abby Coleman called police after her husband vanished with the kids. On August 8, an officer came to the family's Santa Barbara home and took an official police report.

According to the criminal complaint, Abby told police that they had not had any marital problems. She claimed they hadn't argued before he left. She had been unable to reach him by phone. She told police that Matthew would never hurt the children.

Authorities tracked his iPhone and saw that it had recently been in Rosarito, Mexico — a city about 20 miles south of the Mexican border. The case was handed over to the FBI.

Dad Accused of Killing His Kids with Spear Gun Over QAnon Theories 'Had No Warning Signs,' Says Friend

4. Bodies of Children Were Discovered by Farmer

A farmer found the children's bodies just hours after they were killed. When the farmer let his dogs out on Monday, the animals began to bark. When the farmer saw the bodies, he called Mexican police.

After making the grisly discovery, agents with Baja California's State Security and Investigation Guard contacted U.S. authorities, saying that the suspect would likely be heading back to the United States. American border officers stopped Coleman as he approached the San Ysidro Port of Entry. He was arrested at the scene and has been charged with foreign murder of U.S. nationals.

Coleman is being held without bond. He has not yet entered a plea, and a public defender who represented him in his first court hearing has not returned PEOPLE's calls for comment. 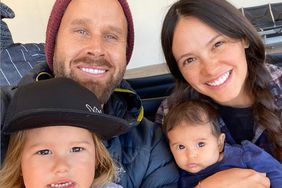 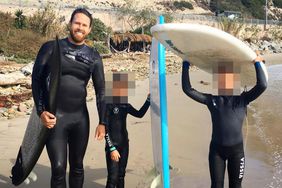