The couple has split up their assets and debts, and are moving on with their lives

Mary Kay Letourneau and Vili Fualaau have finalized their separation, a source close to the former teacher tells PEOPLE.

The controversial couple headed for a split in 2017, after Fualaau filed for legal separation. Despite several reconciliation attempts since then, the case moved to private arbitration in February.

According to a legal filing with the King County Superior Court, Letourneau and Fualaau were required to attend an arbitration hearing “no later than August 1, 2019.” At the hearing, the arbitrator would issue a final decision “on all issues needed to resolve a legal separation.”

According to the source, that hearing occurred, and the couple managed to unentangle some of their assets and debts.

“Basically, what’s hers is hers, and what’s his is his,” the source tells PEOPLE. “She has her assets and debts; he has his assets and debts. And going forward, any debt that each of them accrue is theirs alone. Everything is split up.”

Now that it’s over, the couple is maintaining an amicable relationship.

“They don’t hate each other,” says the source. “But they’re both looking forward to getting on with their lives and moving forward.”

The couple’s controversial relationship began when Fualaau was just 12 years old and Letourneau was his sixth-grade teacher. They soon began to have sex. Ultimately, she was sentenced to more than seven years in prison for child rape in connection with their relationship. She twice became pregnant with Fualaau’s children before he was 15, despite court orders aimed at keeping them apart.

RELATED VIDEO: Mary Kay and Vili Fualaau’s Relationship Through the Years — from Prison to Marriage

By the time she was released from prison, Fualaau was an adult — and he petitioned the court to allow them to see each other. The restraining order was dropped, but Letourneau remains a registered sex offender in Washington state.

The couple married in 2005, despite the criminal history of their relationship.

But it didn’t last. Letourneau, 57, and Fualaau, 35, often slept in separate rooms before the split. “The intimacy was gone,” the source previously told PEOPLE. “That’s not to say they didn’t love each other, but it wasn’t what it used to be.”

The source, who has known Letourneau for years, says the marriage began to deteriorate several years ago but that the couple continued to work towards reconciliation.

“For years, there was hope it would work,” says the source. “There was hope up until the time where it was clear that the hope had faded away.”

“I’m not surprised that they got married,” Letourneau’s lawyer and friend David Gehrke told PEOPLE in 2017, after the couple first announced their plans to split before they later attempted to reconcile. “And I’m not surprised, in this day and age, that they are separating.”

Even after the split, Letourneau and Fualaau still lived together. They were occasionally spotted out in the Seattle area. They both remain active in the lives of their two daughters, Georgia and Audrey.

According to legal documents filed in the King County courthouse, both Letourneau and Fualaau agreed to respect the decision of the private arbitrator. Under Washington state law, arbitration records are not made publicly available.

“Moving forward, they’re willing to work together if needed,” the Letourneau source says. “It’s the end of the marriage as it has been, but it’s not the end of the relationship. They will both be fine.” 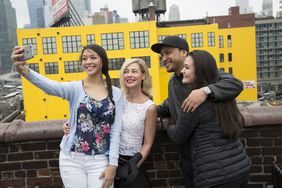 Mary Kay Letourneau Is on Dating Sites, 'Interested in Someone Who Is Age-Appropriate': Source 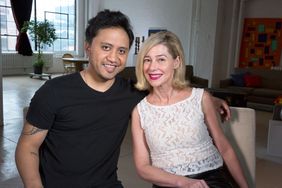