Money was the backdrop for these seven cases of mystery and homicide in resorts, penthouses, mansions and elsewhere

On Sept. 22, 2016, Robin Marie Korkki, 42, and her 37-year-old sister Annie Marie Korkki were found unresponsive in their $2,000-a-night villa at the Maia Luxury Resort and Spa in the Seychelles, an archipelago nation off the eastern coast of Africa, according to police. Their deaths triggered months of high-profile headlines and speculation.

Seychelles police announced in December that "excess water in the lungs and brain due to acute combined drug intoxication," including a mix of alcohol, codeine and morphine, led to both deaths, which they called accidental.

The two sisters, described as close, outgoing and adventurous, were staying at the Maia after being on safari in Africa since mid-September, according to their Facebook pages. Police said that, according to an itinerary found at the hotel, the sisters had already visited Kenya, Tanzania and Zanzibar. Annie worked at JPMorgan Chase in Denver and Robin was a financial trader in Chicago. They both attended high school in Minnesota.

Dr. Richard Field and his fiancée, Dr. Lina Bolanos, were found dead on May 5, 2017, in Field’s $1.9-million luxury penthouse in South Boston. Police said that both doctors’ hands were bound and their throats had been slit — and that a “message of retribution” had been written in blood on the condo’s walls.

The murders occurred in the upscale Macallen Building, which has about 140 condos, most of them occupied by the owners. The building has includes very tight security and a concierge in the front lobby.

A motive is unclear, but police say 30-year-old Bampumim Teixeira — who previously worked in the couple's building — was taken into custody after being shot by authorities at the scene. He has been charged with two counts of murder to which he has pleaded not guilty.

A friend described Bolanos and Field as "wonderful people" who were "loved by many."

A suspicious house fire at a five-bedroom, approximately $3 million mansion in northwest Washington, D.C., led to the discovery for four dead bodies on May 14, 2015: businessman Savvas Savopoulos, his wife, Amy, their 10-year-old son, Philip, and their housekeeper, Veralicia Figueroa.

It was later learned that, according to authorities, they were held captive, beaten and tortured for hours before their deaths.

Daron Dylon Wint, who had worked at Savopoulos' construction-supply company, was arrested a week after the four were discovered, following an extensive manhunt. He has been charged with first-degree murder in all four deaths, to which he has pleaded not guilty. His trial is reportedly scheduled for September 2018.

Authorities alleged Wint was linked to the slayings thanks to DNA taken from a pizza crust found at the scene. Investigators have also maintained they believe there was more than one person involved in the deaths, but Wint remains the only suspect charged.

The Savopoulos family includes two teenage daughters who were away at school at the time of the killings, which D.C.'s mayor, Muriel Bowser, described as an "act of evil."

Daughter and Boyfriend Convicted of Killing Her Mom at Bali Resort

It became known as the "suitcase murder": Heather Mack and her then-boyfriend, Tommy Schaefer, were found guilty of killing Mack's mother, 62-year-old Chicago socialite Sheila von Wiese-Mack, at the upscale St. Regis hotel in Bali, Indonesia. They then stuffed the body in a suitcase, where it was later discovered outside in a taxi.

At the couple’s trial, Schaefer confessed to the killing and admitted to hitting von Wiese-Mack repeatedly with a metal fruit bowl.

He claimed that when von Wiese-Mack found out Mack was pregnant, she became very angry and threatened to kill the couple’s unborn baby — and tried to strangle him for nearly 30 seconds. Mack has maintained she is innocent, and her defense attorney argued at trial that when the fight turned violent, Mack hid in the hotel suite’s bathroom. (She later gave birth in prison.)

Von Wiese-Mack's family has also spoken out. Her younger sister reportedly said at one court hearing, “I can’t look at a suitcase [now] without thinking of my sister’s half-naked body … This will haunt me for the rest of my life.”

Described by the trial judge as "one of the most horrifying murder cases to come to the courts in Hong Kong," the prosecution of banker Rurik Jutting for his 2014 murders of Seneng Mujiasih and Sumarti Ningsih transfixed and terrified many until Jutting's conviction in November 2016.

He was automatically sentenced to life in prison. He called it "just and appropriate judgment" even as trial observers were left grappling with the full measure of his sadism in October and November 2014, when — in separate incidents — he brought Mujiasih and Ningsih back to his 31st-floor apartment at the J Residence in Hong Kong's Wan Chai neighborhood. (Though small, the residence cost him more than $2,580 a month.)

According to authorities, Jutting, a Cambridge University graduated who had relocated from London to work at the Bank of America-Merrill Lynch, tortured Ningsih, 23, his first victim, for three days before slitting her throat. Then he stuffed her body into a suitcase that he put on the balcony. He killed Mujiasih, 26, less than a week later after she became alarmed at a gag she spotted in his living room and began calling for help. Throughout, Jutting recorded much of his actions on his phone, narrating in real time.

The grisly murders also cast a spotlight on the plight of domestic migrant workers in Hong Kong like Mujiasih and Ningsih.

A cousin of Ningsih told CNN in 2016 that they first traveled to Hong Kong together: "We wanted to make a change, wanted a better life, and to help our family."

Millionaire former pharmaceutical executive Gigi Jordan was sentenced in May 2015 to 18 years in prison for killing her 8-year-old son, who had autism, five years earlier in their room at New York City's Peninsula Hotel. Authorities said she poisoned him with a deadly cocktail of prescription drugs, juice and vodka — a fact she did not deny — but she maintained the killing was an act of mercy in disguise.

In Jordan's telling, her son, Jude, had to die to spare him a life of future torment: She said she believed one ex-husband had threateened her, which would leave Jude in the custody of another ex-husband, whom she suspected was sexually abusing the boy and would continue to do so. Neither man has ever been charged in connection with these claims, which they have vehemently denied.

Prosecutors unsuccessfully sought to convict Jordan of murder, but the jury found her guilty of first-degree manslaughter instead. Noting that he thought Jordan "appears to have psychological problems," the judge who sentenced her said in court that there had been no evidence presented that Jude was sexually abused and he cast doubt on Jordan's claim that she tried to kill herself after killing her son.

“There are tragedies here,” the judge said. “All of her money. All her resources. She decided to kill him. There are so many things she could have done.”

Labeled a "sociopath" by prosecutors, Ashton Sachs was sentenced in October 2016 to life in prison for murdering his parents while they slept and trying to kill two younger sibling. He was 19 at the time.

“He has no remorse or empathy," the district attorney said of Sachs at his sentencing. "All he cares about is himself.”

Sachs previously pleaded guilty to the first-degree murders of his parents, 57-year-old Brad and Andra Sachs, 54, and the attempted murder of two siblings. The couple was shot to death in a bedroom of their $2.5 million luxury home in the ritzy Orange County beach community of San Juan Capistrano, California, on Feb. 9, 2014.

Ashton was armed with an automatic rifle when he shot his mother 10 times and his father 12 times, including once in the face. He told police he hatched the plot to kill his parents and then himself four or five days before the shooting.

After Ashton shot his family, he took a taxi to John Wayne Airport in nearby Santa Ana, California, and was back in Seattle the following morning. 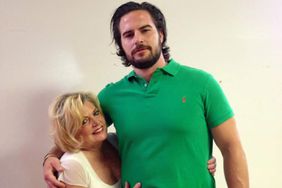 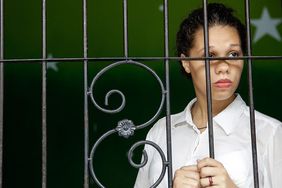 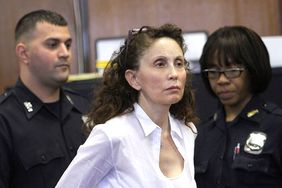 Ex-Pharma Exec Who Killed Son with Autism, Then Was Sprung from Prison Is Found Dead 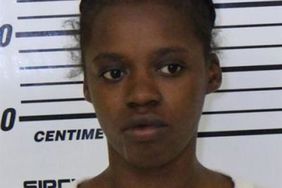 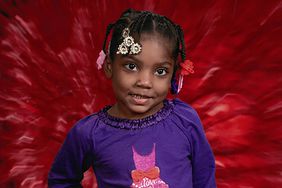