Man Who Allegedly Killed Okla. Grandfather, Granddaughter Is Now a Suspect in Killing of Another Woman

An Oklahoma man charged with murder in connection with the deaths of a 4-year-old girl and her grandfather is under investigation for a third murder allegedly committed on the same day and the same street.

"My mom's life was taken too early," Haylee Blankenship wrote on a GoFundMe page seeking donations to help cover funeral costs for 41-year-old Andrea Blankenship, who allegedly lost her life at the hands of "a man who should never have been let out of prison early," according to her daughter.

Lawrence Paul Anderson, 42, is already jailed in Grady County on charges of first-degree murder, maiming, and assault and battery with a deadly weapon in the alleged Feb. 9 stabbing deaths of his uncle, Leon Pye, 67, and Pye's granddaughter Kaeos Yates, 4, PEOPLE confirmed with the Grady County Sheriff's Office.

Detectives told Oklahoma City TV station KFOR they are now investigating Anderson for the alleged murder of Blankenship, described by her cousin as a single mother of two who lived alone and worked from home on the street where the Pyes lived in Chickasha.

According to the news station, the suspect was released from prison only three weeks earlier, on Jan. 18, after receiving a commuted sentence on a 2017 conviction for having a gun and smuggling drugs into jail.

Anderson had previously served time in prison following a 2006 conviction for attacking and pointing a gun at his girlfriend, and a 2012 conviction for selling crack cocaine near an elementary school, KFOR reports.

"We want to know why this monster, who was dangerous, was released," Blankenship's cousin, Brooke Burris Wofford, told the outlet. "We need some more answers."

"We've lost a part of our heart that we will never get back," she said.

It was not immediately clear what led investigators to pursue a possible connection between the killings.

Chickasha police arrived at the Pye home after receiving a 911 call in which the caller hung up, according to a spokesman for the Oklahoma State Bureau of Investigation.

"While attempting to make contact at the door, officers could hear someone inside the home calling for help," the OSBI said in a release. "Officers forced entry and discovered there were four people injured inside the home."

Leon Pye and the child were pronounced dead on the scene, according to OSBI. Pye's wife, Delci Pye, was taken to a local hospital with non-life-threatening injuries.

"The fourth person in the home was 42-year-old Lawrence Paul Anderson," said the OSBI news release. "He was identified as the person who inflicted the injuries to the Pyes and Yates."

"As to the cause of what led to this, that's still being investigated at this point in time," OSBI spokesperson Brook Arbeitman previously told KFOR. Arbeitman could not be reached by PEOPLE on Thursday.

No bond was listed for Anderson, according to the sheriff's office, and it was not immediately clear whether he'd entered a plea to the charges or had an attorney to represent him. 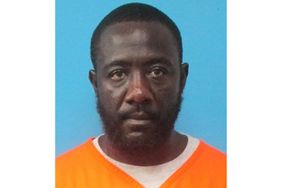 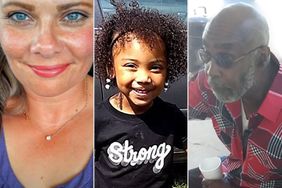