"There's going to be a follow-up investigation after the autopsy," a police spokesperson says

An elderly man who was involved in the October car crash that led to a DUI conviction against Gary Collins has died, the LAPD confirms.

Warren Gates, 89, died Friday in a nursing home after being hospitalized since the accident. “But it’s up to the coroners to determine whether Mr. Gates died as a result of trauma from the accident,” Officer Ana Aguirre said. “There’s going to be a follow-up investigation after the autopsy is completed.”

On Oct. 23, Gates allegedly failed to yield to oncoming traffic and collided with Collins’s car. Police said Collins was not at fault for the crash, but the former TV host was subsequently charged with driving under the influence.

Aguirre said it was unlikely that Collins would be found responsible for the man’s death.

After pleading no contest, Collins was sentenced last Thursday to four days in jail. 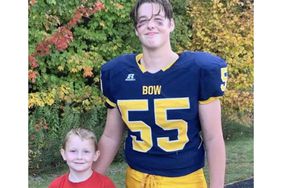