A witness reported that Paul Rodriguez, 30, allegedly said the 6-year-old girl who was ejected from his vehicle was not his as she lay on the road following the fatal accident

A Texas man is accused of murder after police allege he crashed his car while intoxicated, causing the ejection of a girl identified as his stepdaughter who died three days before her 7th birthday.

Houston police say the suspect, Paul Rodriguez, 30, was driving a black Honda Accord and weaving through traffic on the Southwest Freeway prior to the fatal crash Saturday afternoon.

"Witnesses believed the driver to be intoxicated and followed the vehicle while also calling 911," police said in a news release. "The Honda then reportedly struck an 18-wheeler and did not stop and a witness reported honking the car's horn to get the driver's attention. At that time, the Honda began to veer to the right and then struck a red Mercedes and a white box truck."

The impact caused the girl, identified by her mother as 6-year-old Zyra Longoria, to be ejected from the Honda. She was taken to a hospital and died the next day from her injuries, police said.

A witness on the scene claimed they overheard Rodriguez say the girl wasn't his child, and he allegedly did not check on the child as she lay in the road, according to court documents cited by KTRK.

The girl's mother said that she and Rodriguez, who is her ex, share two biological sons ages 2 and 4, and that last weekend was the father's turn to watch the boys, but that Zyra also wanted to spend the weekend with her stepdad.

"He raised her since she was young," Garcia said, reports KTRK. "She liked going with him and spending time with him, so I let her go."

Rodriguez and the boys suffered non-life threatening injuries in the accident.

Garcia had planned to celebrate her daughter turning seven on Wednesday.

"It's so upsetting," she told KTRK, reportedly while fighting back tears. "I trusted him to take care of my baby and to bring her back home. She's not coming home anymore, so it's hard."

In court Tuesday, where the suspect's bond was set at $250,000, a prosecutor told the judge, "By the defendant's own admission, he smoked marijuana and had taken narcotic pills at the time prior to picking up three young children," reports KHOU. Court documents cited by the outlet allege that Rodriguez had been buying street narcotics for years to self-medicate after a back injury.

The girl's family has created a GoFundMe page to collect donations toward her funeral expenses.

"My son just said that his daddy kept falling asleep," Garcia told KHOU. "His daddy hit a lot of cars and that he saw his sister go out the window."

She added: "He still doesn't understand. Last night he was crying and crying for her. He wants her to come home."

An attorney who might speak on the defendant's behalf was not identified. In addition to murder, Rodriguez is charged with intoxicated assault and driving while intoxicated with a child under 15. It was unclear whether he has entered a plea.

"He apologized," said Garcia, according to KHOU, "and he just said that he didn't remember he blacked out." 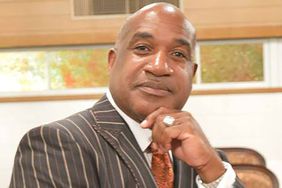 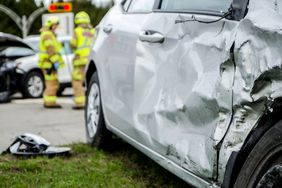 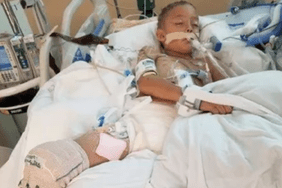 Utah Boy Killed, Friend Hospitalized After They're Struck on E-Bike by SUV and Dragged Nearly 200 Feet 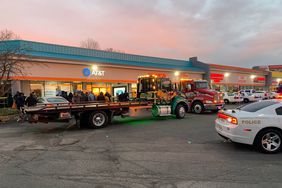