Man Charged After Allegedly Trying to Kidnap Girl, 6, in Front of Her Blind Father

"Just hold onto your kids, don't let them wander off, because anything could happen," the father said after the incident

A man is in custody after he allegedly tried to kidnap a 6-year-old girl in front of her blind father.

On Wednesday, the Los Angeles County District Attorney's Office said in a press release that Elijah Lopez, 24, was arrested and charged with one count of attempted kidnapping after he tried to kidnap the child outside her home last month.

According to authorities, Lopez is believed to have followed the girl and her father off of a train in Huntington Park, California, on Tuesday, Aug. 18. When they then got on a bus, Lopez continued to stalk the father-daughter pair.

Once off the bus, Lopez allegedly "approached them outside their home and grabbed the girl and tried to pull her away from her father," the District Attorney's Office said.

After the two men "struggled" and fought each other, bystanders "came to the girl's aid" and Lopez fled the scene. He was arrested in San Diego.

Lopez has pleaded not guilty to the felony charge and is due in court for a preliminary hearing on Sept. 18. According to jail records, Lopez is being held at the Twin Towers Correctional Facility in Los Angeles on $125,000 bail.

The District Attorney's Office said if convicted, Lopez could face a maximum sentence of 23 years in state prison. The ongoing investigation into the case is being overseen by the Los Angeles Police Department.

According to KFMB, LAPD officials told reporters in a press conference that the victims were Cesar Palma and his daughter, Selena, and witnesses on the train reportedly overheard Lopez ask him if he could take his child home.

"This overt action caused the commuting public that was on the train to step forward and tell Mr. Lopez to leave the family alone," LAPD Capt. Alfonso Lopez said, per the outlet. "One would think that would stop his action, but it did not."

"His overbearingness while walking to the bus line was so obvious and disturbing to additional Angelenos, that they in turn stepped forward and told Lopez to leave the family alone," he added.

Palma also recounted the incident during the press conference, telling reporters that neighbors stepped in to help fend off the would-be kidnapper.

"When he tried to grab her, that's when I turned around and started yelling at him, 'Stay the bad-word away from us.' That's when the neighbors stepped in and he started walking away," said Palma. "... In my mind, I wanted to turn around and fight with him. But I thought, if I let my daughter go ... and he snatches her and he can run with her, how am I going to run after them?"

"It's unsafe out there — there's a lot of crazy people," added the father. "Just hold onto your kids, don't let them wander off, because anything could happen." 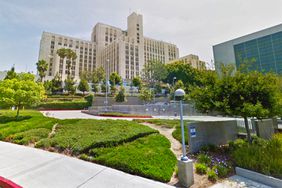 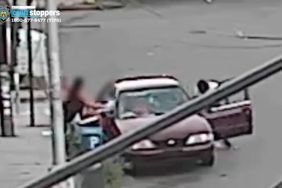 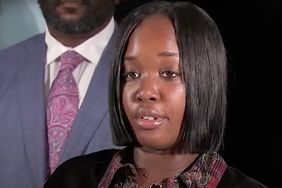 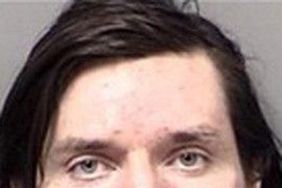 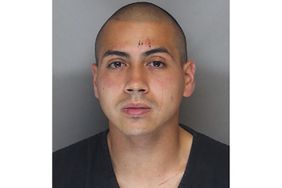