"In my 40 years in law enforcement, I cannot think of a case more disturbing than this one," Yolo County Sheriff Tom Lopez said in a statement Monday

A California man has been arrested for the killings of five of his infant children more than a decade after the infants’ deaths.

Paul Allen Perez, who is a convicted sex offender already serving time at the Kern Valley State Prison for unrelated crimes, was arrested on Monday after new DNA technology helped investigators reopen a cold case from 2007, the Yolo County Sheriff’s Office said in a press release.

Thanks to new DNA technology, authorities were able to identify a deceased infant found by a fisherman in March 2007 in a sealed container weighed down with “heavy objects” as Nikko Lee Perez, authorities said.

Little Nikko was wrapped in a Winnie the Pooh blanket, wrapped in plastic, and placed in a metal cooler that also contained pieces of metal rotors, a brick and U-shaped metal pieces, according to a coroner’s report. Nikko’s cause of death was “blunt force trauma,” the report said, and Nikko was between one and three months old when he died.

At the time, police were unable to identify the baby, when his body was discovered in Woodland, California, which is about 20 miles east of Sacramento.

The identification of Nikko finally came in October 2019, and led investigators to discover that Nikko had four siblings, who were all also killed when they were less than six months old, the sheriff’s office said.

Perez has been identified as the father of all five children, but it is still unclear whether they have the same mother, authorities said.

“While I am proud of the efforts of my investigators and coroner’s office, this is not a day that will bring joy to any one of us,” Sheriff Tom Lopez said in a statement.

“In my 40 years in law enforcement, I cannot think of a case more disturbing than this one,” Lopez added. “There can be no victim more vulnerable and innocent than an infant, and unfortunately this case involves five.”

“The allegations announced today are heartbreaking. There is absolutely no place in our society for horrendous crimes against children,” California Attorney General Xavier Becerra said in a statement.

“At the California Department of Justice, we will do everything in our power to track down criminals who think they have evaded the grip of justice,” Becrra added. “We are thankful for the hard work of our DNA team and our partners at the Yolo County Sheriff’s and District Attorney’s offices who are fighting every day to keep our communities safe.”

Perez could be sentenced with life in prison without parole or the death sentence, said District Attorney Jeff Reisig at a news conference on Monday, The New York Times reported. The DA’s office did not immediately respond to PEOPLE’s request for comment.

Perez is set to be arraigned on Tuesday, according to NBC Station KCRA 3. It is not clear if Perez has a lawyer. 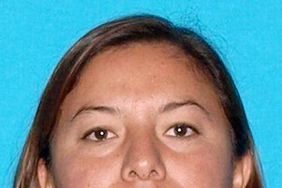