The 14-year-old girl was previously reported missing from her home on Feb. 11

Law enforcement officials have rescued a missing 14-year-old girl following a fatal shootout with her alleged kidnapper, who had been wanted in multiple states.

The gunfight occurred on Saturday night when two police officers in Lonoke, Arkansas, spotted a 2002 Dodge Durango that was being sought in connection with a North Carolina child abduction case parked at a local McDonald's and asked the driver to get out of the vehicle, according to authorities.

The Lonoke Police Department said in a news release that the driver — who was later identified as 38-year-old William Robert Ice — shot at the police while exiting the car, critically wounding one of the officers.

The second officer returned fire as Ice got back inside his vehicle and sped out of the parking lot.

Police said an Arkansas State Trooper already in the area spotted Ice fleeing the scene and started to pursue his 2002 Dodge Durango down Highway 31 until the car got stuck on a snowbank on Raprich Road.

There, a 14-year-old passenger — who PEOPLE is choosing not to identify — jumped out of the car and was rescued by law enforcement officials.

According to police, a state trooper found Ice inside the vehicle with what preliminarily appeared to be a self-inflicted gunshot wound.

Ice was transported to a hospital in Little Rock, where he died on Sunday. The manner and cause of his death are pending an autopsy by the Arkansas State Crime Laboratory.

The 14-year-old girl was previously reported missing from her home near Denton, North Carolina, on Feb. 11, the Davidson County Sheriff's Office said in a release on Sunday.

During an investigation into her disappearance, law enforcement officials discovered that she had been speaking to a man across multiple platforms on her Davidson County Schools-issued computer.

Investigators later found that the same man had been contacting several other underage girls in Alamance County.

Ice, who was from Pennsylvania, was also wanted by law enforcement authorities in his home state in connection with another child predator case, according police.

According to a Facebook post from Mahoning Valley Human Trafficking Task Force in Ohio, Ice had previously tried to run from the law in July when he was caught trying to meet what he thought was a female child during a task force operation in Austintown.

He was arrested, charged and was free on bond awaiting trial for the incident when he fled to North Carolina. 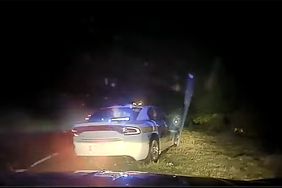 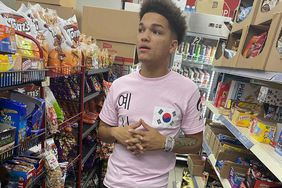