The suspect accused of throwing a 5-year-old boy over a third-floor railing at the Mall of America in Minnesota was allegedly there Thursday “looking for someone to kill” — and when that did not “work out,” he returned on Friday and grabbed the boy instead, a criminal complaint alleges.

“This crime has shocked the community,” Hennepin County Attorney Mike Freeman said Monday in a statement announcing a charge of attempted premeditated first-degree murder against the suspect, 24-year-old Emmanuel Deshawn Aranda. “That a child, with his mother, at a safe public place like a mall, could be violently attacked for no reason is chilling to everyone.”

The boy suffered massive head trauma along with multiple fractured arm and leg bones in the fall, according to the criminal complaint obtained by PEOPLE.

“The child is currently in critical condition and the family is beginning a long journey to recovery,” said Freeman.

The boy, identified by a family friend only as Landen on a GoFundMe page seeking help with the family’s expenses, is “continuing to fight his courageous battle,” according to the most recent post on the website Sunday.

Freeman said prosecutors will seek a $2 million bond to hold Aranda in jail when he makes his first scheduled court appearance on Tuesday.

Aranda allegedly told police he had gone to the mall on Thursday “looking for someone to kill,” and considered choosing an adult, but that did not “work out,” according to the criminal complaint.

About 10:15 a.m. Friday, Aranda was back at the mall and allegedly approached the victim and his mother as they were outside of the Rainforest Café on the third floor with another parent and child. When the victim’s mother saw Aranda, whom she had never seen before, come close, she asked if they should move out of his way.

Instead, the complaint alleges Aranda “without warning” picked up the boy and threw him over the railing to the first floor, which Bloomington Police Chief Jeff Potts earlier estimated to be about 40 feet.

Man Charged with Throwing Boy, 5, From Mall of America Balcony Had Previously Been Banned for a Year

The suspect then took off running, pushing another witness who tried to stop him against a wall and then continuing to run until police caught him on the light-rail train outside of the mall, according to the prosecutor’s office.

Aranda told police he knew that what he was planning to do was wrong, the complaint alleges. He said he had been coming to the mall for years and been rejected there by women to whom he tried to speak.

That made him lash out and act aggressively, the prosecutor’s office said.

In July 2015, Aranda was taken into custody after police responded to a call about a man “throwing things off of the upper level of the mall to the lower level,” according to local TV station WCCO, which cited a 2015 complaint stating Aranda initially resisted arrest and refused to give his name to police.

Court records obtained by PEOPLE show that Aranda was convicted of fifth-degree assault and interfering with an officer of the peace, and was ordered not to return to the property for one year.

That August, Aranda was arrested without incident after police responded to a call that a man had been seen smashing computer parts at a local library, according to court documents obtained by WCCO.

In that second 2015 complaint, police note that Aranda told officers he got “angry after he read something on the Facebook.”

Court records obtained by PEOPLE show that Aranda subsequently pleaded guilty to a charge of first-degree property damage and was sentenced to serve 28 days in prison, pay restitution and undergo anger management training.

In October 2015, Aranda was arrested a third time after allegedly throwing drinks at a woman in a restaurant located inside the Mall of America, according to court documents obtained by WCCO.

According to the complaint, Aranda repeatedly asked a woman to buy him “something to eat or at least give him some money,” and after being asked to leave by a restaurant employee, he allegedly grabbed full glasses of ice water and tea, throwing them at the woman.

Court records obtained by PEOPLE show that Aranda pleaded guilty in that incident to fifth-degree assault and interfering with an officer of the peace.

It could not be determined if he had obtained an attorney to speak on his behalf regarding the current allegation.

In a statement Monday to PEOPLE, mall management declined to answer specific questions about criminal incidents or security at the mall.

“While the criminal case moves forward with today’s charges, our thoughts and primary concern remain with the victim and his family during this difficult time,” it said. “We are grateful for the outpouring of concern shown by so many for this young child and his family. For those guests who have left gifts, flowers and messages of love for the child at the mall, we thank you. Please know that we will keep these items safe and treat them with respect. When appropriate, we will handle the gifts according to the family’s wishes.” 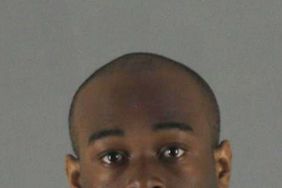 Man Charged with Throwing Boy, 5, from Mall of America Balcony Had Previously Been Banned for a Year 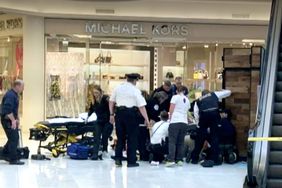 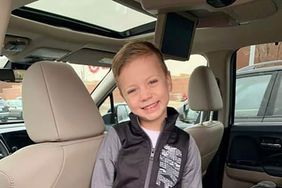 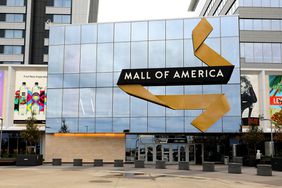 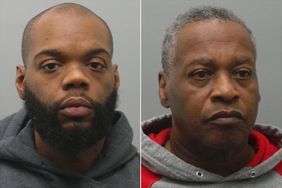