Several of the key players from Netflix’s true crime docuseries Making a Murderer will speak out Friday in a Dateline special about the controversial case.

An exclusive clip of the special, obtained by PEOPLE, features a lead investigator Tom Fassbender, who investigated the 2005 murder of photographer Teresa Halbach.

In the clip, Fassbender adamantly denies investigators deliberately planted evidence inside Avery’s home as they continued to build their case against him.

Many viewers walked away from Making a Murderer believing evidence was strategically placed in Avery’s home in order to secure his conviction. For instance, the key to Halbach’s automobile was found in Avery’s bedroom during a sixth and final search of his home; the key went undetected during the first five searches by invstigators.

“I never actually saw that … never saw that from anyone in Manitowac County,” Fassbender tells Dateline‘s Andrea Canning. “I could go on and on about the planting defense and how absurd it is with the multiple agencies that we had in there.”

Avery has long claimed he was framed for Halbach’s murder as retribution for filing a $36 million lawsuit against Manitowac County and authorities for being wrongfully convicted of sexual assault and serving 18 years in prison before his 2003 exoneration. (Avery ultimately settled out of court for $400,000.)

The first 10 episodes of the Netflix series focused on the murder trials and eventual convictions of Avery and his nephew, Brendan Dassey, who was 16 years old when he confessed to the crime and implicated his uncle. However, both men have since maintained their innocence and insist Halbach’s real killer continues to walk free.

Dassey’s confession to law enforcement is perhaps the most debated aspect of Making a Murderer. Speaking to Dateline, Fassbender dismisses claims from Dassey’s defense attorneys that their client was coerced into making a false confession.

“We didn’t try to manipulate Brendan. We tried to get at the truth … and I don’t believe that it was a false confession,” Fassbender explains. “Are there parts of it that he may have not done? I don’t know. You know, I just don’t know.”

In August, a judge decided to reverse Dassey’s conviction and ordered him freed — a decision the state immediately appealed.

Dassey remains in prison as three federal appeals judges weigh the state’s appeal. If the judges decide Dassey was unfairly convicted, the state will have to decide whether to put Dassey on trial again for Halbach’s killing or to free him.

A written decision is expected from the court but could take several months.

Dassey’s attorney, Laura Nirider, was also interviewed for Friday’s Dateline special, and tells Canning investigators manipulated her client into confessing to a crime he had nothing to do with. 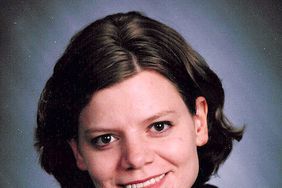