In the suit, a man claimed the officers tased him while he was handcuffed

The two marshals charged with murder after allegedly fatally shooting a six-year-old Louisiana autistic boy as they pursued his father’s car were accused in a civil rights lawsuit earlier this year of using excessive force on a man at an Independence Day event, courts personnel confirms to PEOPLE.

In July, a man named Ian Fridge filed a lawsuit in U.S. District Court for the Western District of Louisiana against the marshals, Norris Greenhouse Jr. and Derrick Stafford, along with the city of Marksville and its police chief, among other parties. Fridge was arrested at an Independence Day festival for carrying a visible, holstered gun, and also for resisting arrest and assaulting Stafford, WAFB reports.

But in his suit, Fridge claims he did not resist officers and was within the state’s open carry law. He also claims he was passing out information about the Libertarian party when officers allegedly wrestled him to the ground and tased him while in handcuffs.

Last week, Greenhouse and Stafford allegedly opened fire on Chris Few’s vehicle following a car chase in Marksville, Louisiana. Few remains hospitalized, missing the family’s funeral Monday for 6-year-old Jeremy Mardis, who was shot five times in the head and neck and died from his injuries.

On Monday, bail was set at $1 million for Greenhouse and Stafford. The two officers will be required to hand over their service weapons and badges if they are able to post bail.

Judge William Bennett ordered the men to be held under house incarceration if they are released. Both officers were transferred to Rapides Parish Jail Monday morning, Avoyelles Parish Sheriff Doug Anderson told PEOPLE.

“We moved them to a larger parish that is equipped to be segregated from the other inmates,” he said. “They have their own cells now. Over the weekend I kept one in the holding cell and one in sickbay.” 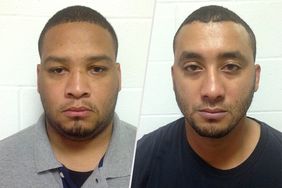 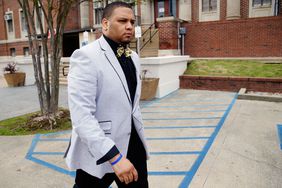 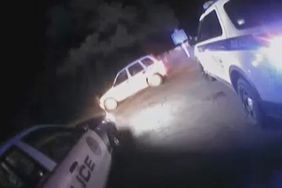