Several months before he was shot to death, Charles Vallow tried to enlist police help to take his wife to a mental health facility

Eight months before their children disappeared and later turned up dead, Lori Vallow's then-husband tried to enlist police to have her taken to a mental health facility, according to recently released 911 calls.

In another call on the same day, he says, "She needs serious help."

The calls and corresponding police reports, first obtained by East Idaho News, amplify claims made by Charles in a court filing before his own July 2019 shooting death -- at the hands of Lori's brother -- in which Charles alleged that Lori believed she was “a God assigned to carry out the work of the 144,000 at Christ’s second coming in July 2020, and that if [Charles] got in her way of her mission she would murder him.”

And they provide further context for a previously released police body cam video from the same time frame, in which Charles is seen telling police officers in Gilbert, Ariz., that he and his wife previously had a "great marriage" but that "all of a sudden the last month it just blew up."

"She's lost her reality," he said in that video.

Lori currently is jailed with a $1 million bond on multiple charges related to the September 2019 disappearance of 7-year-old Joshua "J.J." Vallow and 17-year-old Tylee Ryan. The bodies of the children were located June 9 on the Idaho property of Lori's current husband, Chad Daybell, an author of religious-themed doomsday writings, who was then arrested and remains jailed on a $1 million bond on charges of destruction, alteration and concealment of evidence.

Both Lori and Chad have pleaded not guilty to the charges against them.

The latest records released by Gilbert police reveal that Charles had been away on a business trip to Texas in January 2019. When he returned home to Arizona, he reached out to police with concerns about his wife.

"I tried to support her as much as I could, but it’s gotten really bad lately,” he told the officers, according to the body cam footage. “She’s had a break. Says I’m Nick Schneider, I’ve taken over Charles’ body and Charles had been killed.”

It's unclear who "Nick Schneider" is, but in describing what he portrays as Lori's increasingly erratic behavior, Charles tells the officers that she told him, "I can murder you now with my powers.”

At one point Charles advises police that he'd found found Lori’s car parked at J.J.'s school, and that he took her keys, phone and wallet. A key found in the wallet led him to locate her at a hotel, and he wanted police to pick her up on a court order for a mental evaluation.

Police did not pick her up, but later the same day, Lori, Tylee and a friend of Lori's went to the police station to file a report against Charles over the missing items. "During my contact with Lori, I found her to be in a normal state of mind but only slightly upset she did not have her property,” an officer wrote in a police report. “Lori showed no signs of mental distress as she described what was occurring and appeared to be in a good mood. Talking with Lori's daughter and friend, they did not seem concerned for anything other than Lori getting her property back.”

The report states that Lori agreed to go on her own to the Community Bridges mental health facility, from which she was medically cleared later that same day.

Charles died July 11 in an alleged altercation with Alex Cox -- Lori's brother -- who claimed self-defense and was not charged in the incident. In December 2019 Cox himself died from what the medical examiner eventually ruled were natural causes.

After Charles died, Lori moved herself and her two kids to Rexburg, Idaho, near Chad's home. The two have previously appeared together on at least one podcast under the banner “Preparing a People,” designed to help its audience plan for the end of the world.

As the investigation into the children's disappearance took off, authorities also expressed renewed interest in the October death of Chad's wife, Tammy, about two weeks before he and Lori were wed. Tammy's death was blamed on natural causes, according to initial reports, but authorities have since labeled her death "suspicious" and continue to review it. 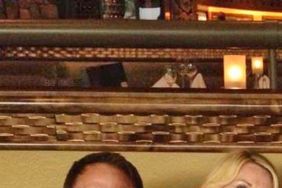 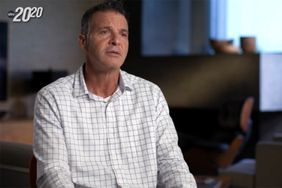 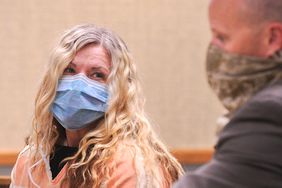