'Everybody Loved My Dad,' Says Son Whose Stepmom Allegedly Fatally Poisoned His Father

After Larry Isenberg's body was pulled from an Idaho lake, an autopsy revealed he had 70 times the normal dosage of an antihistamine in his body — and there was no sign of drowning

Larry and Lori Isenberg had just returned to Idaho from Florida, where the 68-year-old sportsman crossed several items off his bucket list: He wanted to watch a shuttle launch, ride a fan boat and learn to sail.

“He got to do just about everything he wanted to do, and then two days after they got back, he was dead,” his son Dean Isenberg, 39, tells PEOPLE.

On the morning of Feb. 13, 2018, the couple, who’d been married for 17 years, took their boat onto tranquil waters of Idaho’s Lake Coeur d’Alene to watch the sunrise in a picturesque spot known as Sun-Up Bay, after which they planned to go to an exclusive resort for breakfast.

Tragically, they would never make it.

According to a 911 call Lori placed later that morning on Larry’s cellphone, Larry slipped while trying to reach the boat’s motor and fell overboard, disappearing beneath the dark, icy water. Lori said she banged her head on a space heater trying to reach him, then motored around “frantically looking for him.”

“I was in shock,” says Dean, Larry’s son from a previous marriage, who lives in Coeur d’Alene with his wife Heather. “I just couldn’t believe he fell overboard.”

Officials searched for Larry but wouldn’t find him until three weeks later, on March 1, 2018. The autopsy revealed that Larry had 7,000 nanograms of diphenhydramine, an antihistamine in over-the-counter allergy medicines like Benadryl, in his system — 70 times the normal dosage — and that he showed no signs of drowning.

Police arrested Lori, 66, on Feb. 24, 2020, charging her with premeditated murder. The charges allege she killed Larry by “poisoning him, torturing him and/or lying in wait.”

She pleaded not guilty and her attorney did not respond to PEOPLE’s request for comment.

The murder charges aren’t Lori’s only legal problem: In January 2019, Lori, the former executive director of a non-profit that works with low-income families, pleaded guilty to wire fraud and federal program theft for stealing $500,000 from the organization. She was sentenced to five years in prison.

Her four daughters were all convicted of conspiracy charges in the case after Lori distributed the money to them.

Larry’s death has been a heartbreaking shock for those who knew him, including Dean, who misses his father every day.

“Everybody loved my dad,” says Dean. “He’d always show up with a smile on his face … to him it was just like, ‘Every day is the greatest day I’ve ever had.’”

While the community awaits Lori’s upcoming trial, Dean says he feels a connection to his father when he’s outdoors with Larry’s dog, Echo, a 4-year-old retriever.

“She misses him a lot,” he says about Larry’s dog. “We drove by the entrance to the road that would go back to dad’s house. And Echo got really, really, really excited and she keeps waiting for me to go see dad.” 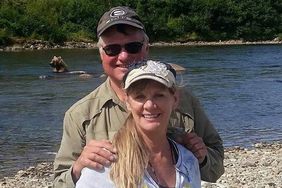 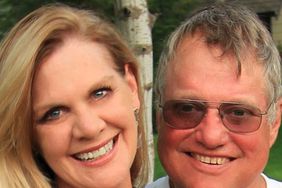