The five attackers who murdered Lesandro “Junior” Guzman-Feliz last June were sentenced to life in prison on Friday in Bronx Criminal Court.

After reviewing the surveillance video from June 20, 2018, Bronx Judge Robert Neary delivered the sentences to Jonaiki Martinez Estrella, Elvin Garcia, Antonio Rodriguez Hernandez Santiago, Miguel Rivera and Jose Muniz, all of whom were reported members of the Trinitarios street gang, according to the New York Post and the New York Times.

Martinez Estrella, 25, who Judge Neary deemed the “executioner” of the headline-grabbing murder, was sentenced to prison in life with no parole.

Footage from the attack shows that Martinez Estrella was the one who stabbed, and ultimately killed, 15-year-old Guzman-Feliz during the machete and knife assault.

“Certain words come to mind when I think about your involvement,” the outlet reports the judge had said to Martinez Estrella. “Senseless is one of these words. Savage is another word. But the one that often comes to my mind is cowardly.”

The judge also added that Martinez Estrella had previously “shown little remorse,” and despite being emotional Friday in the courtroom, the judge said: “It rings a little hollow this late in the game.”

Five Found Guilty of Dragging 15-Year-Old Boy From Bronx Store, Stabbing Him to Death With Machete

During the attack, the five suspects followed Guzman-Feliz into the Cruz and Chiky bodega in Belmont and grabbed him as he struggled. Then, they dragged him toward the door.

Guzman-Feliz yelled for help, a police source previously told PEOPLE, and he can be seen on video clinging to the doorframe amid the assault.

The teen was stabbed several times in the neck, according to police. He managed to flee to a nearby hospital, where he succumbed to his injuries.

Video Shows Teen Being Dragged From Store, Stabbed to Death With Machetes

During the attackers’ conviction in June, Muniz yelled “Popote, hasta la muerte” or “Trinitarios until death” which Neary found ”troubling.”

“You disgraced your own family,” Judge Neary told Muniz after he tried to ask for forgiveness in court. “I’m not sure the remorse you expressed is genuine. I’m not sure about that because it’s the first time I’m hearing about it … you threw your future in the garbage.”

Guzman-Feliz’s parents were also present in court Friday, both of whom still struggle with the loss of their child every day.

“Here I am, a mother without my son…an innocent, 15-year-old boy who was not a gang member who roamed the streets with bad intentions,” Leandra Feliz, Lesandro’s mother, said. “These criminals ripped him away from me leaving all his family and school friends.”

Guzman-Feliz had aspirations of becoming a policeman and had enrolled in the N.Y.C. Police Department’s Explorers program, which guides young people with an interest in law enforcement careers. 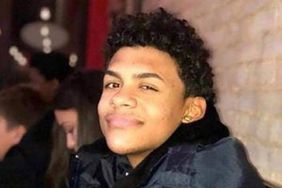 Five Found Guilty of Dragging 15-Year-Old Boy From Bronx Store, Stabbing Him to Death With Machete 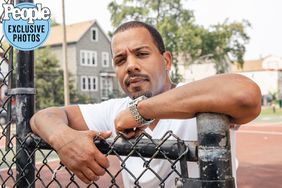 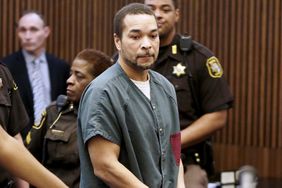 Mother Whose 4 Children Were Murdered by Ex-Husband Speaks at Sentencing: 'You're a Devil in Disguise'