Police have no idea where Leila Cavett could be

Police are searching for a missing Alabama mom who was last seen in Georgia after her toddler son was found wandering around a Florida parking lot by himself.

Miramar, Fla., police say they are "gravely concerned" for the "safety and well being" of 21-year-old Leila Cavett.

Her son, Kamdyn, was seen Sunday morning wearing just a T-shirt and a diaper.

A woman who lives nearby saw Kamdyn wandering around in an empty parking lot, and called 911.

Kamdyn, police said, is doing fine after being found.

It took two days for police to identify the stranded boy, who is 2.

Cavett's sisters travelled to Florida to aid investigators in the search, according to WXIA-TV.

'We know that Kamdyn's OK, but we definitely want to make sure that Leila’s OK," said sister Gina Lewis. "It is definitely out of character for her to be in Florida.

Lewis said she last spoke with her sister 10 days ago.

Police have no idea where the young mom could be.

Those who may know where Cavett is, or have any other pertinent information about her disappearance, are asked to call 911. 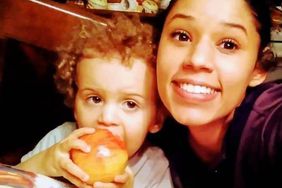 Truck of Missing Ga. Mom Is Found After Her Toddler Is Seen Wandering Alone in Florida

Man Arrested in Case of Missing Ga. Mom Whose Toddler Was Found Wandering Alone in Fla.