Isaiah Stokes has been charged with murder in the second degree and two counts of criminal possession of a weapon, the Queens DA's Office announced Friday

Stokes' next court date is set for July 19. If convicted of the charges against him, he faces up to 25 years-to-life in prison.

"The defendant is accused of unloading nearly eleven shots during this brazen afternoon shooting," District Attorney Melinda Katz said in the release. "Gun violence is all too prevalent in our neighborhoods. We will not allow it to become the norm."

A representative for Stokes did not immediately respond to PEOPLE's request for comment.

The alleged incident took place on February 7 around 2:45 p.m. local time. According to the DA's office, video surveillance footage showed Stokes exiting a car parked at an intersection in Queens, New York, and approaching the driver's side window.

He then allegedly fired eleven gunshots into the car, hitting Jones, 37. The Queens Village resident was later pronounced dead by paramedics.

No further information was made available about the circumstances that led to the murder.

Stokes has been a TV actor since the mid-2000s, appearing in a 2009 episode of Law & Order: Special Victims Unit, as well as in episodes of Boardwalk Empire, The Mysteries of Laura, and Blue Bloods.

He also records and performs music under the name I$AIAH, according to his IMDB page. 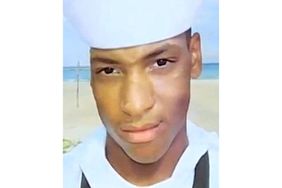