"There were bodies all over the place," says Shaun Hoff, who escaped Sunday night's mass shooting at a country music festival

At first, Shaun Hoff dismissed the loud, successive pops he was hearing, thinking they were exploding fireworks. The Los Angeles casting director who escaped unscathed from the Route 91 Harvest Festival in Las Vegas Sunday evening tells PEOPLE the blasts continued for more than 30 seconds before anyone realized their lives were on the line.

“My wife and I were right in front of the stage when someone started screaming, ‘Everybody down, get down,’ and we just hit the ground,” Hoff tells PEOPLE. “At that point, the music stopped and at the same time, the shooting stopped, but for about a minute. Then, it just kept going and going. The shooting lasted for 8 minutes, but it felt like it continued for 30 minutes.”

As he was realizing the gravity of the situation, Hoff says he watched a woman 10 feet away from him get shot and apparently die.

At least 58 people have been killed and an estimated 515 were wounded after a gunman opened fire on the country music festival Sunday night. The shooting surpasses the Pulse nightclub massacre of 2016 as the deadliest mass shooting in U.S. history.

The shooting started just as Jason Aldean began his set.

Hoff — who attends the three-day country music festival in Las Vegas every year — and his wife laid motionless on the ground for 3 minutes, as people continued falling all around them.

“We were waiting until there was a pause in the gunfire, and we ran,” Hoff explains. “We were just sprinting and then, the shooting started up again, and we dipped into a Porta Potty and hid in there until the shooting stopped again.”

When it did, Hoff says he and his wife continued with their escape, ducking behind cars whenever the shooting resumed.

“There were bodies all over the place…we were just running through all of these bodies,” Hoff says. “It was nuts. There were people bleeding all over the place and you could not stop to help anyone because the gun shots were still going. No one had any idea this guy was in the hotel, because it actually sounded like the shooting was getting closer and closer.”

Hoff estimates he and his wife ran two miles before stopping in the parking lot at the Planet Hollywood Resort and Casino. “We were there 10 minutes before someone started shouting that there was an active shooter at that hotel,” he says. “There was all kinds of miscommunication happening in those moments.”

The couple continued walking around Las Vegas in a daze before happening upon a parking garage. They met total strangers, and learned the strangers were about to leave town and head back to Ontario, California.

“So we hitchhiked with them, and once we got to Ontario, we Ubered it another hour to Los Angeles,” Hoff says. “We left everything behind in our room. We literally just left with the clothes on our backs.

Hoff says it wasn’t until he was halfway home that he realized he could have been killed.

“It feels like a bad dream,” he explains. “I am feeling incredibly lucky, especially after seeing all of the stuff that was around us. It’s something I’ll never be able to unsee.” 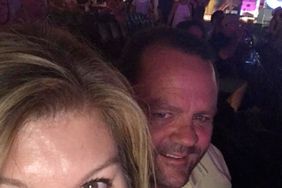 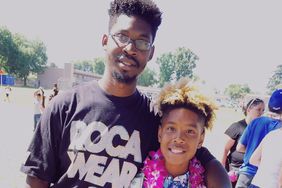