Stephen Paddock — the gunman who opened fired on concertgoers in Las Vegas on Sunday night, killing at least 58 people and wounding more than 527 others — was the son of a notorious bank robber who spent nearly eight years on the FBI Ten Most Wanted list.

Benjamin Hoskins Paddock first garnered the FBI’s attention after he robbed two Arizona banks in three separate incidents in 1959 and 1960. He got away with $25,115 — about $210,450 in today’s dollars. The elder Paddock’s arrest was reported in the October 6, 1960 edition of the Arizona Republic.

He was convicted in 1961 and sentenced to 20 years at La Tuna prison outside of El Paso, Texas. In 1968, he escaped and somehow ended up in San Francisco. He robbed another bank and then made his way to Oregon.

Once in Oregon, the FBI says, Benjamin Hoskins Paddock shaved his head and grew a goatee. He assumed the name Bruce Werner Ericksen and managed a bingo hall. People in Springfield, Oregon, knew him as “Bingo Bruce,” the New York Times reports.

On June 10, 1969, the FBI placed Benjamin Paddock on their Ten Most Wanted list. According to historical records obtained by PEOPLE, he remained on the list until May 5, 1977.

The FBI warning about the elder Paddock said he had been “diagnosed as psychopathic,” and should be considered “armed and very dangerous.”

• For more on the Las Vegas shooting and the stories of bravery that emerged from it, subscribe now to PEOPLE or pick up this week’s issue, on newsstands Friday.

According to FBI records, Benjamin Paddock was captured by officers on September 6, 1978. He spent a year in custody before being released on parole. He returned to Oregon, where he was charged with racketeering. According to the Eugene Register-Guard, he avoided jail by paying a civil fine of $623,000.

Benjamin Paddock eventually settled in Texas, where he lived until his death in 1998.

What did Benjamin Paddock’s lengthy criminal history have to do with his son’s actions? According to his other son, Eric Paddock, not much.

On Monday, Eric Paddock told reporters that their father was mostly absent from their lives. According to WKMG, Eric said that he was born while his father was on the run. Their mother raised the children.

“He’s just a guy who played video poker and took cruises and ate burritos at Taco Bell,” Eric told the news station about his brother. “There’s absolutely no sense, no reason he did this.” 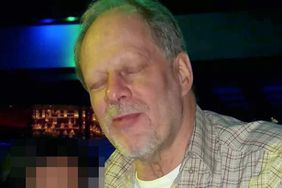 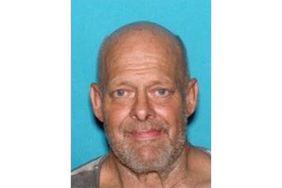 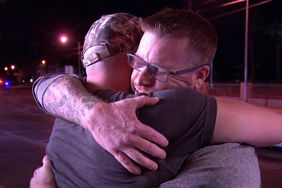