Stephen Paddock — the gunman who opened fire on concertgoers in Las Vegas on Sunday night, killing at least 58 people and wounding more than 527 others — was prescribed a drug in June that could possibly lead to aggressive behavior.

According to the Las Vegas Review-Journal, Paddock was prescribed diazepam, a sedative that is often used to treat anxiety. Common brand names for the drug include Valium, Diastat and Diazepam Intensol.

Paddock was prescribed 50 tablets of 10 milligrams each. His doctor wrote the prescription on June 21.

• For more on the Las Vegas shooting and the stories of bravery that emerged from it, subscribe now to PEOPLE or pick up this week’s issue, on newsstands Friday.

The prescription was filed with the Nevada Prescription Monitoring Program. The Las Vegas Review-Journal obtained the records on Wednesday.

PEOPLE called the doctor’s office that prescribed the prescriptions, but a woman who answered the phone was unable to give any details, citing patient confidentiality laws.

Side effects of the drug are rare, but according to the National Institute of Health, some patients experience confusion, depression, hallucinations, aggressive behavior, hyperactivity, decreased inhibitions, and suicidal tendencies.

Paddock purchased the Valium without insurance at a Reno drugstore in Reno on the day it was prescribed. He was supposed to take one pill a day.

It is unclear whether he ever took the drug, or if he used it correctly.

Paddock’s brother, Eric, told reporters on Monday that he was shocked at his brother’s actions.

“He’s just a guy who played video poker and took cruises and ate burritos at Taco Bell,” Eric told WKMG about his brother. “There’s absolutely no sense, no reason he did this.”

How to help victims of the shooting 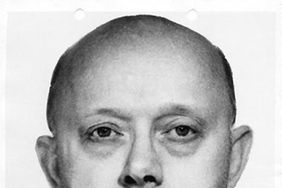