Lark and family "still looking into everything"

On Tuesday, four days before it was revealed that Saved By the Bell alum Lark Voorhies got married in a private Las Vegas ceremony, her mother Tricia was granted a temporary restraining order against her new son-in-law, officials confirm to PEOPLE.

Voorhies, 41, married Jimmy Green, 31, after meeting at a Los Angeles-area networking event about a year ago, her rep says. Since the April 29 wedding, Lark has learned that her husband has an arrest warrant in Tucson, Arizona, where he was accused of disorderly conduct and threatening or intimidating in 2012, according to court documents.

“We’re still looking into everything,” Lark’s rep tells PEOPLE. While the situation is sorted, her rep adds, “Lark and her mother are spending more time together.”

Lark’s mother Tricia says she knew of the nuptials but did not attend. Days after the court order was granted, she still hoped for the best between the newlyweds.

“I hope he proves to be everything that she hopes him to be,” Tricia told PEOPLE.

Meanwhile, a court hearing is scheduled for June 29, during which Tricia will request to make the restraining order permanent. 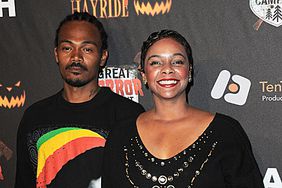 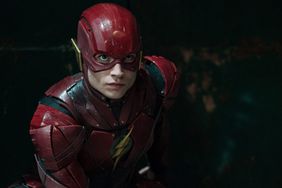