Scott Peterson is seeking a new trial after his murder conviction for the 2002 deaths of his wife, Laci, and their unborn son, Conner — and the legal maneuvering is opening up old wounds for Laci's family.

"Everyone is stressed about the possibility of a new trial," a family source tells PEOPLE. "There's no closure. The nightmare continues day after day. It has been painful every single day since Christmas Eve, 2002" — the day Laci went missing.

Peterson was convicted of two counts of first-degree murder and was sentenced to death in 2005.

But Peterson, now 48, scored two major legal victories in 2020. The first victory was in August, when his death penalty sentence was overturned, meaning that he would face a new penalty phase trial. The second victory came in October, when the California Supreme Court ruled that a lower court should take a second look at his case to determine whether his guilty verdict should be overturned.

Earlier this week, Peterson appeared in court to petition for a new trial. At issue: whether a juror lied about her experiences with domestic violence in an attempt to be seated on the panel. The defense team contends that Peterson did not get a fair trial. The judge has not yet issued a ruling on the latest arguments.

Peterson's sister-in-law, Janey, also spoke out on Wednesday, saying that new evidence excludes Scott Peterson from being the killer of Laci and Conner.

"There's evidence that was completely ignored that shows Laci was alive after [Scott] left for the day," Janey, who is married to Scott's brother, said. "But also, there was no evidence that he had anything to do with what happened to Laci."

"We don't have justice," Janey Peterson continued. "This crime is not solved."

But Laci's family steadfastly believes that Scott Peterson was solely responsible for her murder, and they oppose any attempt for him to get a new trial. "We believe very strongly that the right person is in prison," says the family source. "There is no murderer at large. Scott Peterson was convicted and put in jail. This case was solved."

Peterson is still behind bars, serving out a life sentence without possibility of parole.

The family source told PEOPLE in June that Laci's mother, Sharon Rocha, is still "devastated" by her daughter's murder and the subsequent decisions by the courts.

"She has been so strong for so long," the source said. "But she can't go through reliving this again and again. It has taken such a toll on her. They are trying to focus on the Laci they knew and loved," says the insider, "rather than thinking about Scott. They've given him enough of their thoughts over the years. They don't need to give him any more."

It's unclear when the judge will render a decision on the request for a new trial. 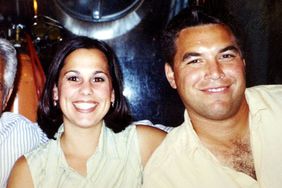 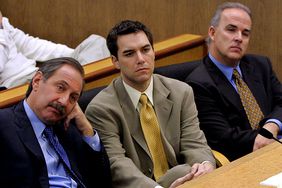 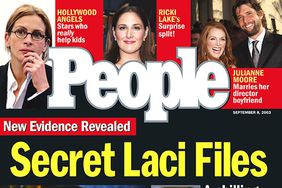