La. Realtor Who Was 'Loved by Everybody' Is Killed During Sale of Dirt Bike Arranged on Social Media

Jalen Harvey, 20, was arrested on charges of first-degree murder and armed robbery in connection with the death of 29-year-old Joseph Vindel

A Louisiana man was fatally shot Sunday after trying to sell his dirt bike on social media.

Jalen Harvey, 20, was arrested on charges of first-degree murder, armed robbery and obstruction of justice in the death of 29-year-old Joseph Vindel.

"He was loved by everyone and didn't deserve this," Vindel's father, Lindsey Vindel told WWL-TV.

Vindel disappeared around 10 a.m. Sunday after he left his New Orleans home in his black Lexus SUV to allegedly meet up with Harvey at his apartment complex in Harvey, an unincorporated area in Jefferson Parish.

Police said Vindel was shot while he was sitting in his SUV, and then Harvey allegedly drove the vehicle with the dirt bike on a trailer to New Orleans' Garden District.

"When he entered the vehicle, the victim was in the front seat and at one point he pushed him in the back seat so he could drive the vehicle properly," Jefferson Parish Sheriff's Office Captain Jason Rivarde tells PEOPLE. "He drove it 20 minutes away."

Rivarde says Harvey dumped the car with Vindel inside and then drove the dirt bike back to his home.

Investigators "were able to track the victim to the apartment complex, and once there they located the dirt bike at Harvey's apartment," Rivarde says.

The bike, says Rivarde, was found on the outside patio of Harvey's apartment. The gun used in the killing was allegedly found inside his apartment.

Investigators also discovered messages between the two men on a Marketplace app about the sale of the bike.

"We knew they were in contact Sunday morning and there were text exchanges between the two of them around the time of the attempted sale," Rivarde says.

"During the subsequent questioning of Mr. Harvey he admitted to shooting Mr. Vindel and driving his vehicle to the city of New Orleans where he abandoned the vehicle with Mr. Vindel in the vehicle," he alleged.

"It is a $2,800 dirt bike it is not anything that anybody should be shot over," Lopinto said.

According to WWLTV, Vindel had just obtained his real estate license. 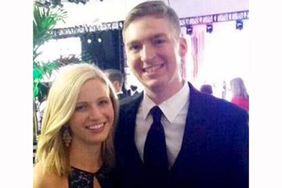