Kyle Massey failed to show up to his arraignment Monday for a second time, PEOPLE confirms

Ex-Disney star Kyle Massey missed a second arraignment appearance on Monday regarding a felony charge in Washington state of communicating with a minor for immoral purposes and is now wanted by police.

"Mr. Massey did not appear. A judge signed a $100,000 warrant for his arrest," a representative for the King County Prosecuting Attorney's Office tells PEOPLE in a statement.

The 29-year-old's attorney Lee Hutton told TMZ that he reached out to the court several times with regards to the missed appearance. He also told the outlet he is "concerned with the misrepresentations made in court," claiming the Disney alum has not been served.

In response to those claims, a King County Prosecuting Attorney's Office rep tells PEOPLE, "There's no misrepresentation here. Quite simply, Mr. Massey did not appear in court."

"The prosecutor of record does not have any correspondences from any attorney claiming to represent Mr. Massey, which are passed along by the front office when received," the rep adds. "It is also worth noting that Mr. Massey previously acknowledged the filing of the case in past media articles since the first arraignment date, which also included today's new arraignment date."

The rep also explains that the summons for Massey is handled by the Office of the Superior Court Clerk rather than the King County Prosecuting Attorney's Office as "standard operating procedure."

"It is possible that Mr. Massey's attorney is calling the wrong office," he tells PEOPLE.

Hutton did not immediately respond to PEOPLE's request to comment.

This is the That's So Raven and Cory in the House alum's second missed arraignment — the first being in late June, PEOPLE confirmed at the time.

In 2019, Massey was sued by a 13-year-old girl for allegedly sending explicit text messages, images and videos to her phone, though the case was later dismissed. The felony charge, filed in King County on June 14, stems from the same accusations detailed in the 2019 lawsuit, PEOPLE confirmed.

In the complaint, the plaintiff alleged she met Massey at Universal Studios when she was 4 years old and stayed in touch because she wanted to pursue a career in entertainment.

She said that she reached out to Massey in November 2018 about auditioning for a role in a reboot of Cory in the House, and during subsequent conversations, he was informed that she was in eighth grade.

Massey allegedly sent her pornographic content, knowing she was underage, between December 2018 and January 2019, according to the court filing in June.

Days after the lawsuit against him was filed in 2019, Massey denied the allegations.

"No child should ever be exposed to sexually explicit materials and I unequivocally and categorically deny any alleged misconduct," Massey said in statement, via his attorney, that was obtained by PEOPLE.

"In early 2019, Plaintiff's attorneys demanded $1.5M threatening to go public to destroy my career if I did not comply. My family and I rejected this extortion attempt, because I have faith that the legal process will reveal the truth," Massey's statement continued. 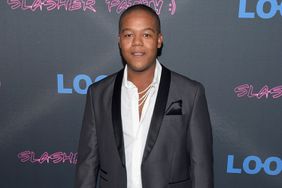