For 24 years, police have kept an interest in the last person allegedly seen with Cal Poly State University student Kristin Smart, who vanished in May 1996 after attending a party near the San Luis Obispo campus.

On Wednesday, the San Luis Obispo County Sheriff’s Office confirmed that evidence in the case includes two trucks that belonged at the time to family members of Paul Flores, the fellow student who volunteered to walk Smart home in her allegedly inebriated state from the Friday night party that kicked off a Memorial Day weekend.

Flores has not been charged nor officially named a suspect, and a news release from the sheriff’s office that revealed the evidence did not say exactly when sheriff’s investigators had acquired the trucks still in their possession.

But since 2011, according to the sheriff’s office, investigators have collected 140 “new items of evidence,” searched nine separate locations, served 18 search warrants, resubmitted 37 pieces of evidence from the investigation’s early stages for more-current DNA testing and conducted 91 face-to-face interviews.

None of it so far has led to Smart’s recovery or a criminal case.

Smart’s disappearance leapt back into the headlines earlier this month when her mother, Denise Smart, said the FBI had recently contacted her about her daughter’s case, telling her to stay tuned for news. “Be ready,” Denise Smart said she was told, according to The Stockton Record. “This is really going to be something you don’t expect. We want to give you the support you need.”

However, in a subsequent statement last week, the Smart family said they’d actually been in contact with a retired FBI agent “who has provided guidance to us over the years” and clarified that there is no timeline for an announcement on the case, USA Today reported.

“The San Luis Obispo County Sheriff’s Office is leading the investigation and they are not putting any timetable on the completion of it,” said the family’s statement. “We support the Sheriff Department’s efforts and commitment.”

While confirming to PEOPLE last week that Flores is still considered a person of interest, the sheriff’s office spokesman, Tony Cipolla, said, “We do not anticipate any announcements in the near future.”

Smart, from Stockton, California, had called her parents on Friday, May 24, 1996, and left a message stating she was headed to an off-campus party that night with friends. There, according to witnesses, she got drunk and passed out on a neighbor’s lawn.

Police said that two students, including one of Smart’s friends, offered to help her get back to her Muir Hall dorm, since she was unsteady on her feet. On the way to Muir Hall, another student, the freshman Flores, volunteered to walk her home, according to police.

The next afternoon, when Smart failed to show up for lunch, one of her friends alerted campus police, which didn’t begin fully investigating her disappearance until that Tuesday, when classes resumed, according to authorities.

Campus police at the time questioned Flores. When he was asked about a black eye on his face, Flores told them he got hurt in a basketball game. But authorities grew suspicious when one of his friends later said Flores already had the bruise when he showed up to play.

According to The Tribune of San Luis Obispo, he subsequently admitted that his explanation was a lie and changed his story to say he acquired the bruise while fixing his truck before ending the interview.

After Flores returned home for the summer, investigators searched his dorm room with four cadaver dogs, which keyed in on Flores’s mattress, according to police. But when the case went to a grand jury, no charges were brought.

Flores invoked his Fifth Amendment right to remain silent when he was deposed in a 2005 wrongful death civil suit brought against him by Smart’s parents, who subsequently abandoned the suit.

PEOPLE was not able to reach Flores for comment. In 1998 his attorney told PEOPLE that nothing tied Flores to Smart’s disappearance. “It’s one thing to have suspicions,” Melvin de la Motte said then, “but that doesn’t make up for evidence.”

PEOPLE was unable to reach de la Motte for comment.

The sheriff’s office said in its news release that it would not offer any additional comment about its work or evidence to date in the case. 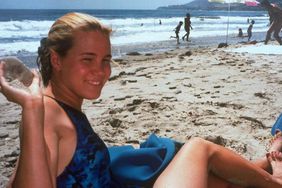 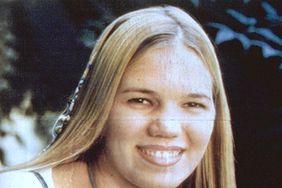 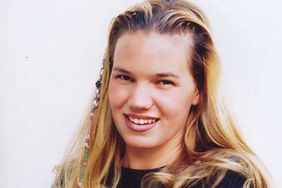 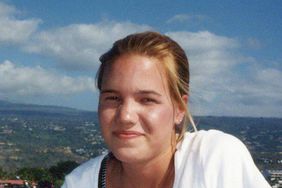