Kiefer Sutherland surrendered to jail Wednesday to begin a 48-day sentence for his DUI arrest.

Sutherland, 40, was processed into the jail in Glendale, Calif., a Los Angeles suburb, at 5:46 p.m., according to the L.A. County Sheriff’s Department.

“Mr. Sutherland is very polite and humble. He was very cooperative during the booking process,” said jail spokesman Officer John Balian. “He will be issued an orange jumpsuit, and will be housed alone in a cell, since he’ll be a long-term inmate.”

Sutherland will be assigned to laundry and kitchen duty, serving breakfast, lunch and dinner to the other inmates. As an inmate worker, he’ll be allowed the roam the jail “about 75 percent of the time” – rather than be confined to his cell all day – though the only time he’ll be in contact with other inmates is when he’s serving food, said Balian.

The actor was sentenced in an L.A. courtroom earlier in the afternoon for the DUI arrest and for violating probation. The 24 star wore a black pinstripe suit and looked contrite before the judge, who spared him from the much harsher L.A. County facility.

Asked if he had any comment, Sutherland smiled and shook his head as he walked away from the courtroom.

Sutherland is expected to serve his entire term, the L.A. City Attorney’s Office said in a statement.

“Sutherland will be serving the 48 days in the Glendale City Jail, with no early release and no good time/work time credit, so we expect that he will serve the entire 48 days in jail,” the statement said.

His cell measures 8 by 10 feet, and features a toilet, washbasin and water fountain, according to the jail’s Web site. The facility has 48 cells, with two beds each.

He will receive two hot and one cold meals a day. Among the menu items: Corn flakes, turkey sandwiches, meatloaf, macaroni and cheese and chicken a la king. He will be allowed visitors between 1 p.m. and 4 p.m. for 15 minutes each. No more than two visits per day are allowed.

Sutherland previously released a statement saying, “I’m very disappointed in myself for the poor judgment I exhibited recently, and I’m deeply sorry for the disappointment and distress this has caused my family, friends and co-workers on 24 and at 20th Century Fox. I appreciate the support and concern that has been extended to me these last weeks both personally and professionally.” 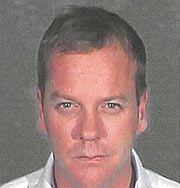 Kiefer Sutherland to Get Out of Jail Monday 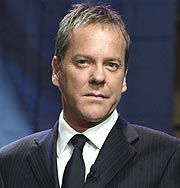 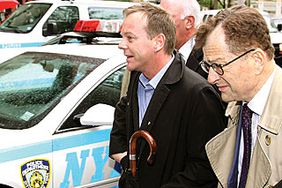