Inside the Investigation of San Diego Crime Lab Technician Kevin Brown: Did False Murder Accusations Drive Him to Suicide or Did Police Catch a Killer?

In October 2014, San Diego police announced that they had used DNA evidence to crack a grisly three-decades-old murder and sexual assault case involving a 14-year-old girl. Their suspect was a retired crime lab worker named Kevin Brown, who hung himself before the authorities claimed they could arrest him.

Over a year later, however, the case against Brown appears anything but. Police are no longer answering questions about their investigation into the 1984 murder of Claire Hough – and their decision to name the 62-year-old Brown as a suspect.

In July, Brown’s widow filed a wrongful death lawsuit against the police department, alleging that her husband was innocent and committed suicide due to the department’s mishandling of the case.

“They kept pushing Kevin until he killed himself,” says Becky Brown, 61, who insists that any DNA linking her husband to the murder came from accidental “cross contamination” from his work at the crime lab. “Then they announced, ‘Case closed.’ ”

To read more about the Kevin Brown case, pick up this week’s issue of PEOPLE on newsstands Friday.

While Brown’s friends, family and former co-workers try to make sense of his suicide and the accusations that he helped murder and sexually assault Hough – on the same beach where another teenager was brutally murdered six years earlier – nobody seems shocked about the identity of the second suspect named by police.

DNA belonging to convicted rapist Ronald Tatro, who died in a boating accident in 2011, was also discovered on evidence by cold case detectives in November 2012. Exactly how Brown may have known Tatro, who spent time in prison for sexually assaulting a woman at knifepoint in Arkansas shortly before the murder, is unclear.

“That’s one of our mysteries,” admits Lt. Rorrison. 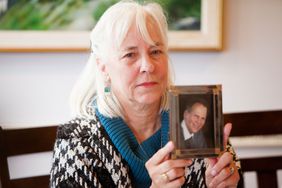 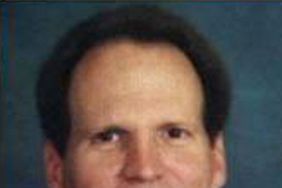