A state representative from Kentucky killed himself one day after publicly denying allegations that he molested a 17-year-old girl in 2013.

Authorities said Dan Johnson, a 57-year-old father of five, drove to a bridge in Mount Washington, Kentucky, on Wednesday afternoon. Parking his car on the north side, he got out of the car and shot himself, Bullitt County Sheriff Donnie Tinnell said in a news conference, according to local TV station WDRB. Johnson’s body was found on the bank of the river.

His suicide came two days after the Kentucky Center for Investigative Reporting published an exposé that alleged sexual misconduct by the lawmaker. According to the story, Johnson woke his daughter’s 17-year-old friend Maranda Richmond during a sleepover early on Jan. 1, 2013, and kissed and groped her. When the report was released, lawmakers from both parties called for Johnson’s immediate resignation.

Johnson, who also served as a pastor at a church, gave a news conference on Tuesday in which he denied all allegations, but he acknowledged Richmond was close to his family.

“I don’t want to blast this girl; I have a lot of compassion for her,” he told reporters. “I’m very sorrowful that she’s in this dark place in her life.”

At the news conference, Johnson refused to resign over the allegations.

Just before taking his life, Johnson posted a suicide note on his Facebook and denied the allegations.

“The accusations from NPR are false GOD and only GOD knows the truth, nothing is the way they make it out to be. AMERICA will not survive this type of judge and jury fake news . Conservatives take a stand. I LOVE GOD and I LOVE MY WIFE, who is the best WIFE in the world,My Love Forever ! My Mom and Dad my FAMILY and all five of my kids and Nine grandchildren two in tummies and many more to come each of you or a total gift from GOD stay strong, REBECCA needs YOU . 9-11-2001 NYC/WTC, PTSD 24/7 16 years is a sickness that will take my life, I cannot handle it any longer. IT Has Won This Life . BUT HEAVEN IS MY HOME. “PLEASE LISTEN CLOSELY, Only Three things I ask of you to do,if you love me is (1)blame no person,Satan is the accuser, so blame the Devil himself. (2) Forgive and Love everyone especially yourself .(3)most importantly LOVE GOD. P.S. I LOVE MY FRIENDS YOU ARE FAMILY ! GOD LOVES ALL PEOPLE NO MATTER WHAT !”

According to the sheriff, one of Johnson’s followers saw the message and called authorities. Officers tracked his cell phone and found his body.

On Wednesday night, Kentucky Gov. Matt Bevin tweeted a statement that his “heart breaks for [Johnson’s] wife and children.”

“These are heavy days in Frankfort and in America,” Bevin continued. “May God shed his grace on us all…We sure need it.”

Sen. Rand Paul also tweeted his condolences: “Just terrible news from Kentucky tonight on the passing of Rep. Dan Johnson. I cannot imagine his pain or the heartbreak his family is dealing with tonight. Kelley and I pray for his loved ones.”

An autopsy is scheduled for Thursday morning. 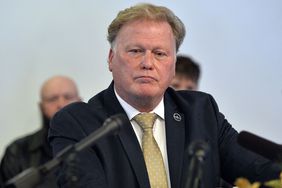 PEOPLE Explains: the Ky. Lawmaker Who Killed Himself After a Sex Abuse Allegation 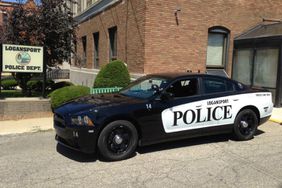 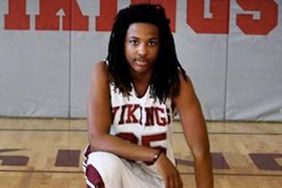 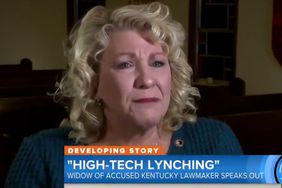