More than a month after her disappearance and apparent murder, there is still no sign of Kelsey Berreth — the young mother and pilot instructor who vanished from Woodland Park, Colorado. The search continues for her body as her fiancé sits in jail facing murder and solicitation to murder charges.

The case has generated national news coverage as well as an outpouring of support for loved ones mourning Berreth’s presumed death and caring for her 1-year-old daughter with Patrick Frazee, 32, who authorities allege killed his 29-year-old fianceé on Thanksgiving, the last day anyone saw her.

Here are five shocking things to know about the case.

While Berreth and Frazee lived in separate residences, it wasn’t Frazee who reported her missing.

Surveillance video captured Berreth with her daughter on Thanksgiving as they entered a local market. Frazee allegedly told police that he and Berreth met up that same day so that she could hand off their daughter.

Berreth’s mother, who lives in a different state, ended up calling police to report her missing. That call was made on Dec. 2, 2018 — 10 days after authorities allege Berreth was murdered.

2. Berreth and Frazee May Have Split Up Before Her Presumed Killing

There are conflicting accounts from relatives about the status of Berreth’s relationship with Frazee.

Some relatives have come forward to say that Berreth had ended the engagement weeks before she vanished while others have claimed the couple split the day of the alleged murder.

Meanwhile, it is unclear if Frazee, who will go before a judge on Friday, has entered pleas to the charges he faces. His attorney could not be reached for comment.

Before Vanishing on Thanksgiving Without Her Baby, Missing Woman Talked to Her Mom and Seemed ‘Fine’

3. Frazee May Have Had Help With Alleged Murder, Say Prosecutors

Prosecutors on Monday filed two counts of murder against Frazee as well as three counts of solicitation to commit murder. He remains in police custody without bond.

According to charging documents obtained by PEOPLE, prosecutors filed two murder counts against Frazee because they have two theories about how the presumed killing may have taken place: either Frazee killed Berreth by himself, or he and someone else allegedly tried to rob Berreth before she was killed.

Teller County investigators have not publicly detailed the specific allegations that spawned the solicitation counts, but it likely means prosecutors think Frazee allegedly solicited an individual three times or three people on three separate occasions as part of an alleged murder plot.

The alleged solicitations occurred between Sept. 1 and Nov. 1, 2018, according to the charging documents.

Fiancé of Colo. Mom Who Vanished on Thanksgiving Speaks out Via Attorney: I’m Praying for Her Return

4. Frazee’s Demeanor Was Not Unusual Before His Arrest, Says Client

Frazee, a rancher, spoke to a client of his, Clinton Cline, the day before he was taken into custody on suspicion of murder. He called Cline to share his new cell number, and nothing seemed unusual about their interaction.

“I think that’s the last thing I would have been doing at that time, calling my customers and giving a new cell,” Cline says, noting the serious nature of the allegations against Frazee.

Cline believes Frazee’s actions suggest he had nothing to hide.

“If the evidence shows up that he did do it, I’m going to be one of the most shocked people you’ve ever seen,” says Cline, who is president of the Cripple Creek organization that protects the wild animals. “I know everybody always says that. But it doesn’t fit his persona to do something like that.”

Investigators have not discussed a motive for Berreth’s presumed killing.

Police have said that three days after Berreth apparently vanished, her mobile phone pinged on a cell tower near Gooding, Idaho, nearly 600 miles from her home.

That same day, texts from the phone of Berreth were sent to her employer, Doss Aviation, saying she would not be at work for the next week.

The couple’s daughter had been staying with Frazee after Berreth disappeared but is now with Berreth’s family, authorities have announced. 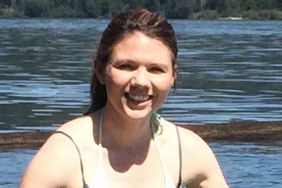 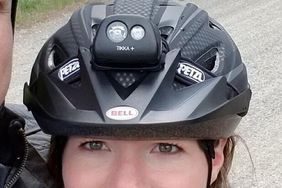 Missing Colo. Mom's Fiancé, Who's Charged with Murder, Was 'Always Mad About Something' 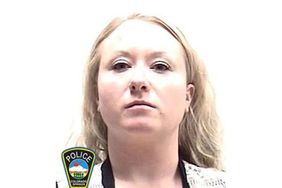 Nurse Will Testify Against Colo. Mom's Fiancé at His Murder Trial: 'I Knew [He] Committed Homicide'

Nurse Who Hid Evidence for Accused Killer in Colo. Mom's Murder Was 'Very, Very Scared' He'd Kill Her, Too

Fiancé of Missing Colo. Mom Beat Her With Bat After Blindfolding Her for Candle Smell Test: Nurse