Kelly Rutherford Explains Her Desperate Attempt to Keep Her Kids in the U.S.: 'My Son Started Saying, "Mommy, I'm Afraid" '

"If I put them on a plane, I realized I may never see them again," the actress tells PEOPLE

On Aug. 6 Kelly Rutherford was supposed to put her children Hermes, 8, and Helena, 6, on a plane back to Monaco where they’ve been living with their father Daniel Giersch, for the last three years. Instead, the actress made a controversial decision and refused to return her kids.

“They were totally great the entire time. We were painting, horseback riding,” Rutherford tells PEOPLE. “Then right when they knew they were going to go back, they got really panicky. My daughter was crying, my son started saying, ‘Mommy, I’m afraid.’ ”

So Rutherford had to act quickly.

“If I put them on a plane, I realized I may never see them again,” the former Gossip Girl actress says. “I sent an email to Daniel telling him where we were. I just needed a moment to figure out what to do.”

Despite a court order in Monaco requiring her to return her kids at the end of their five-week stay with her, Rutherford refused, which Giersch considered kidnapping.

This summer “was the first five weeks straight that I’ve had with my children in six years, since Helena was born. It’s hard to describe that to someone,” she says, tearing up after a court ruling on Aug. 11 forced her to return her children.

“My goal is their well-being and that they’re safe, happy, healthy kids. It’s scary,” she says. “My kids have been through a lot. I’ve done everything I possibly can to let them think that everything is normal.”

While Rutherford is due back in court in Monaco on Sept. 3, she remains determined to get her kids back.

“This whole time, what I’ve had to do is take an overall situation that’s so bizarre and try to keep my kids healthy. I have to keep knowing if I’m okay, they’re going to be okay. I don’t want them to be fearful,” she says. “My children ask me all the time if I am still fighting for them …. I always tell them the day will never come when I say no.”

RELATED VIDEO: Kelly Rutherford Opens up about Her 6-year Custody Battle: ‘I’ll Never Give up on My Kids’

For more on Kelly Rutherford’s custody battle, pick up the latest issue of PEOPLE, on newsstands Friday

Kelly Rutherford Breaks Silence After Losing Custody Battle: 'I Hope That Something Good Will Come of It' 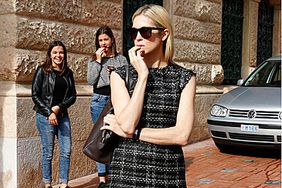 Children in a Fortress: Inside Details on Kelly Rutherford's Kids' Lives in Monaco 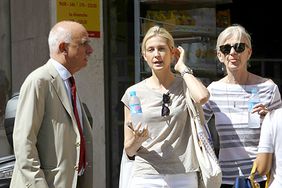 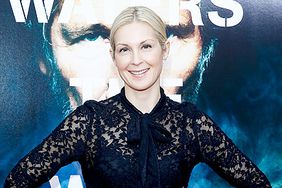