Two weeks after Kelly Rutherford‘s emotional testimony in a Los Angeles courtroom, a judge has ruled that California does not have jurisdiction over her custody case.

Los Angeles Superior Court Judge Mark Juhas reached the decision Thursday, according to court papers obtained by PEOPLE. Now, the Gossip Girl actress can no longer fight for custody of her two children in the state – though that doesn’t mean her battle is over.

“The Court does not believe that it is obligated to relinquish jurisdiction to Monaco, only that it acknowledges that it no longer has jurisdiction over the children,” Juhas wrote.

The actress’s son Hermes, 8, and daughter Helena, 6, are spending the summer with her in the United States but mainly live in Monaco with their father, German businessman Daniel Giersch.

Rutherford, 46, and Giersch currently share custody, but a California judge sent the children to reside abroad with Giersch in 2012 because his U.S. visa had been revoked. Rutherford has traveled back and forth for visits ever since – by her count, more than 70 times. She’s been trying to move Hermes and Helena home to America permanently.

“We are extremely disappointed,” Rutherford’s attorney David J. Glass said in a statement Thursday. “This court set up the current situation whereby my client was forced to live bi-coastally, but now, the court appears to be holding it against her. Likewise, the court created the situation whereby the children would lose their connections to California, and despite the Judgment’s language precluding the passage of time from creating new jurisdiction, that is exactly what has happened.”

Giersch’s lawyer, Fahi Takesh Hallin, told PEOPLE in a statement that “Daniel will continue to promote Kelly’s relationship with the children.”

“He believes that the children deserve to love both parents and has never nor does he intend to ever participate in any negative press directed at Kelly,” Hallin continued. “As always, Daniel will continue to guard the privacy of the children, in their best interests and for their safety.”

Rutherford has argued that the case should continue in California because, though she spends most of her time in New York, she still resides there part-time. She also pointed out that her East Coast home makes for a shorter, less expensive flight to Europe for her frequent trips to see Hermes and Helena.

But, Juhas wrote in his decision, “Given the fact that the children have only spent approximately one week in California in over two years, if these children have any connection to California, it is tenuous at best.”

In April, a federal judge in New York also denied Rutherford’s request for custody. But Wendy Murphy, her N.Y.C. attorney, has said she’ll appeal the case all the way to the Supreme Court.

Meanwhile, Rutherford has gotten political, attending two congressional hearings in Washington, D.C., to share her story and advocate for parents in similar situations.

“Nobody in this country seems willing or able to do anything to help bring my American children home, even though this is the country that sent them away,” she testified last week. “I can only see this as a legal kidnapping by a California judge forcing my children to live abroad for so long that the other countries seize control over their lives. I just ask each of you here today how it is possible that two American citizens have been ordered by their own government to live in exile in a foreign country?” 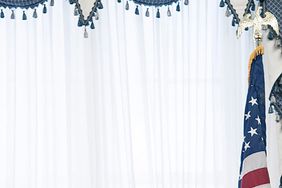