Angelika Graswald, Accused of Killing Fiance While Kayaking, In Court for Pretrial Hearings

On April 29, during a private, hour-long walk with a New York State police investigator she said “was cute,” a New York woman confessed to murder, that investigator’s colleague testified Thursday in a pretrial hearing.

Investigator Anthony DaSilva said that during Angelika Graswald’s walk on Bannerman Island 10 days after her fianc Vince Viafore’s kayak capsized in the Hudson River, she told Don DeQuarto she had removed a plug from the kayak of fiance Vince Viafore and taken a connector off the paddle.

Graswald also shared with investigators problems with her relationship. Viafore had “postponed” their engagement and ‘he was always wanting me to take sexy photos,'” Graswald said, according to DaSilva. (During a jailhouse interview with PEOPLE last year, Graswald shared the couple’s plans of a romantic summer wedding on a European beach.)

Meanwhile, Graswald’s attorney Richard Portale raised questions about investigators never advising her of her right to an attorney or the absence of note taking.

These developments occurred during the third day of a Huntley hearing a pretrial hearing to review the manner in which the police obtained statements from the defendant. Attorneys are due back in Orange County, New York court on June 20.

Viafore, 46, drowned on April 19, 2015 in the Hudson River after his kayak capsized in rough seas and windy conditions. He and Graswald were kayaking back to the mainland from an afternoon on Bannerman Island.

Graswald, 36, has pleaded not guilty to charges of second-degree murder and second-degree manslaughter in the death of Viafore, whose body was recovered on May 23, 2015.

Prosecutors have said that Graswald’s motive was money – specifically, $250,000 from two of Viafore’s life insurance policies.

Portale has said that Viafore, who was not wearing a life vest, died accidentally when his kayak capsized and he fell into the frigid water.

On the morning of April 29, 2015, Graswald arrived on Bannerman Island with fellow volunteers working to spruce up the area for visitors. State police investigators DaSilva, DeQuarto and Aniello Muscato were there to search for Viafore’s body and possible evidence, DaSilva testified.

When Graswald spotted the group, “she greeted Moscato and they hugged,” DaSilva said. “It was a warm greeting.”

Her demeanor quickly changed after the four began to chat about her day with Viafore on April 19 and noted inconsistencies with her story. Graswald had originally told investigators she lost her cell phone in the waters of the Hudson River when her kayak capsized, “but a rescue worker saw you with it on the [rescue] boat,” DaSilva recalled telling Graswald.

“At this point, she appeared in distress,” he testified.

“She was breathing in and out loudly and she put her hand on her stomach and I said, ‘Angelika, something is not right, you are not being honest with us,'” he recalled.

At one point, a Bannerman Island volunteer noticed Graswald’s distress and walked over to check on her.

Graswald told the woman she was okay. When the woman left, “we told [Graswald], ‘It’s important to tell the truth, we need know what happened.'”

“She said she knew she had to tell the truth,” DaSilva testified, “but wasn’t ready to let it out yet.”

Minutes later, Graswald left for her private chat with DeQuarto. When the pair returned 40 minutes to an hour later, Graswald used a bathroom while DeQuarto told his colleagues of Angelika’s alleged confession.

DaSilva said that Graswald agreed to go with them to state police barracks. While on the boat, “she wasn’t holding her stomach and breathing heavy,'” DaSilva told the court. ”She said, ‘I’m free’ and she seemed to be enjoying the wind and was whistling.”

Answered DaSilva: “It was pretty surreal, considering what she just told investigator DeQuarto.” 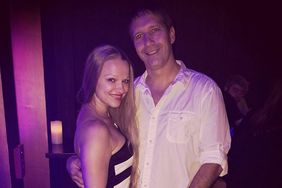 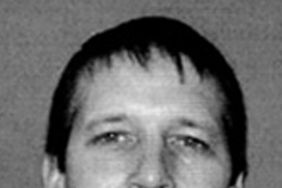