Velma Aiken tells PEOPLE she's "not mad" at Gloria Williams, the woman accused of abducting Kamiyah Mobley 18 years ago and raising her as her own

For years, Velma Aiken worried about the fate of her granddaughter Kamiyah Mobley, who was abducted from a Florida hospital in 1998 — hours after she was born.

But Aiken says she was also angry that a woman had posed as a nurse and stolen the newborn from her family. “How does a grown person sit there waiting for the time to take a baby?” she says.

Now that Mobley has been found — happy and healthy — in South Carolina, Aiken says she has nothing but forgiveness for the girl’s alleged abductor.

“Even though I had hard feelings in my heart when this first happened, a good thing came out of a bad thing,” she says. “That don’t happen all the time.”

On Friday, police arrested Gloria Williams, 51, of Walterboro, South Carolina, on charges of kidnapping and interference with custody for allegedly taking Mobley from the University Medical Center in Jacksonville, Florida, on July 10, 1998, and then changing the girl’s identity and raising her as her own daughter.

• For more on the case of Kamiyah Mobley, subscribe now to PEOPLE or pick up this week’s issue, on newsstands Friday.

Authorities say a break came in Mobley’s case late last year, after it had long gone cold, when investigators received a tip through the National Center for Missing & Exploited Children.

After contacting Mobley in Walterboro, where she was living under the name Alexis Manigo, police obtained a DNA sample from her that proved her real identity.

On Friday, Aiken was able to speak to her granddaughter on FaceTime, alleviating any fears she had about how she had fared all these years.

“She looked good and she spoke good,” Aiken tells PEOPLE. “She graduated [from high school] and is doing good. I’m happy.”

“I’m not mad at Gloria at all,” Aiken says. The woman “took care of my grandbaby.”

While Aiken is relieved that she and her family have been reunited with Mobley, she says she understands the difficulty the teen faces in processing the truth about her family.

“My heart bleeds for her, because Gloria is the only mama my granddaughter knows,” Aiken says.

Mobley broke down in tears on Friday during Williams’ hearing at the Colleton County Jail in Walterboro, according to WJXT. Mobley told Williams she loved her after Williams blew her a kiss.

Williams remains in custody and was extradited to Jacksonville on Tuesday; it is unclear if she has retained an attorney.

“I know it’s hurting her [Mobley], because I know she loves [Williams],” Aiken tells PEOPLE. “I know she’s going through some things right now because she learned to love those people.”

She says she doesn’t know whether Mobley will move to Jacksonville.

“She has been in South Carolina for a long time, since she was taken from us when she was 8 hours old,” Aiken says. “She’s got all of those friends and relatives she has accumulated over the years. I wouldn’t dare ask her to leave that behind.”

“The only thing I would tell her,” Aiken says, “is that she’s got to pray.” 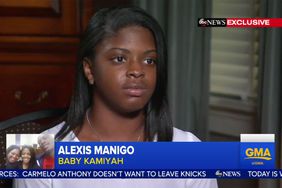 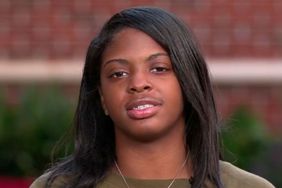 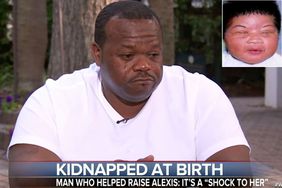